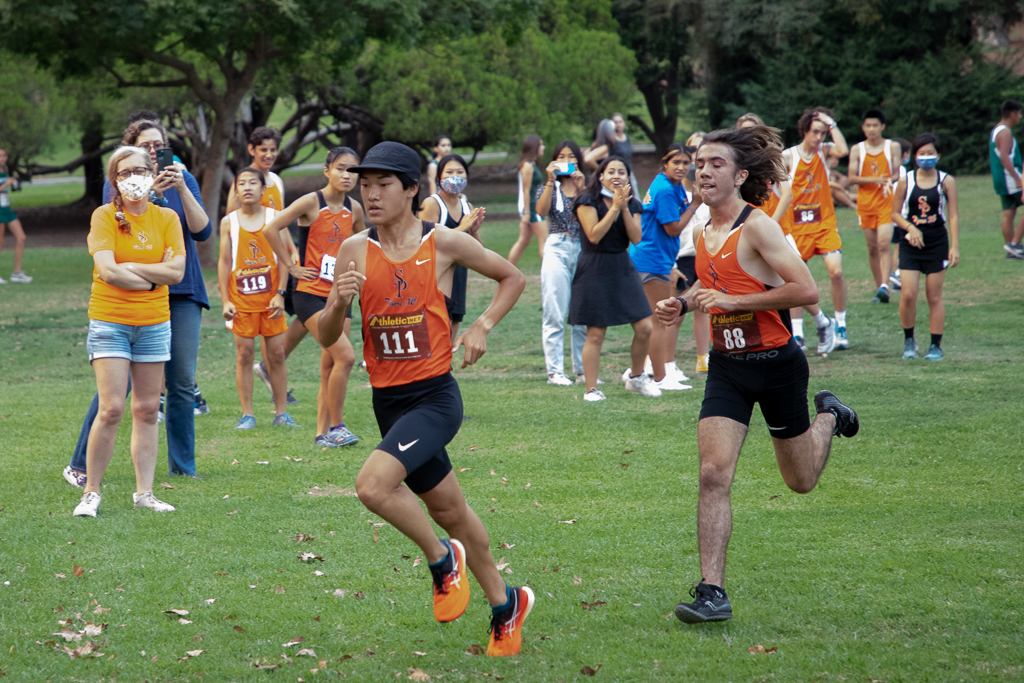 Both boys and girls teams placed top two in the rankings.

“This course was not an easy course, but some still broke their own PR’s,” junior Jason Baek said. “Also, this was the first race of the season for a few people, and they went beyond their expectations and ran some fast times.”

Senior Liam de Villa acquired first place, completing the race in a quick time of 16:22 minutes. Not too far behind him, Baek finished in 16:39, obtaining third place. Senior Brady Nakamura ran 16:43, placing fourth, just seconds after Baek. Seniors Noah Kuhn and Joshua Ramirez placed 12th and 17th, with times of 17:01 and 17:35, respectively. Senior Kaden Chai was not too far away, running the race in 17:47, placing 21st.

The athletes explained how they encourage each other to stay on pace.

“Our goal was to run as a pack for as long as possible, and we were able to do that for two miles,” De Villa said.

“We didn’t win, which was expected. La Cañada usually beats us,” Morrow said. “I know all of the girls in my race did pretty well [especially] at their racing strategies. It played out similarly to how I thought it would.”

Although the Tigers are successful every meet, each individual always finds something they want to focus on for the future.

“One thing I need to do better is being mentally ready for the race,” Baek expressed. “I was very anxious before the race and had to focus and talk with some of the senior leaders like Brady to really get my mind on the same page as my body.”

Reflecting on each meet, the athletes learn from their races and stay motivated by setting goals to work towards.

“I think this race shows that we’re a lot stronger than we were at the beginning of the season, and it’s definitely boosted our confidence,” De Villa said. “I hope we can continue with this pack running mentality and make sure we practice healthy habits as we reach the post-season CIF races. If we can do that, I think we’ll make it far.”

The Tigers look forward to competing against Blair, La Cañada, Monrovia, San Marino, and Temple City, in their next meet, which is set to take place on Thursday, Nov. 4.