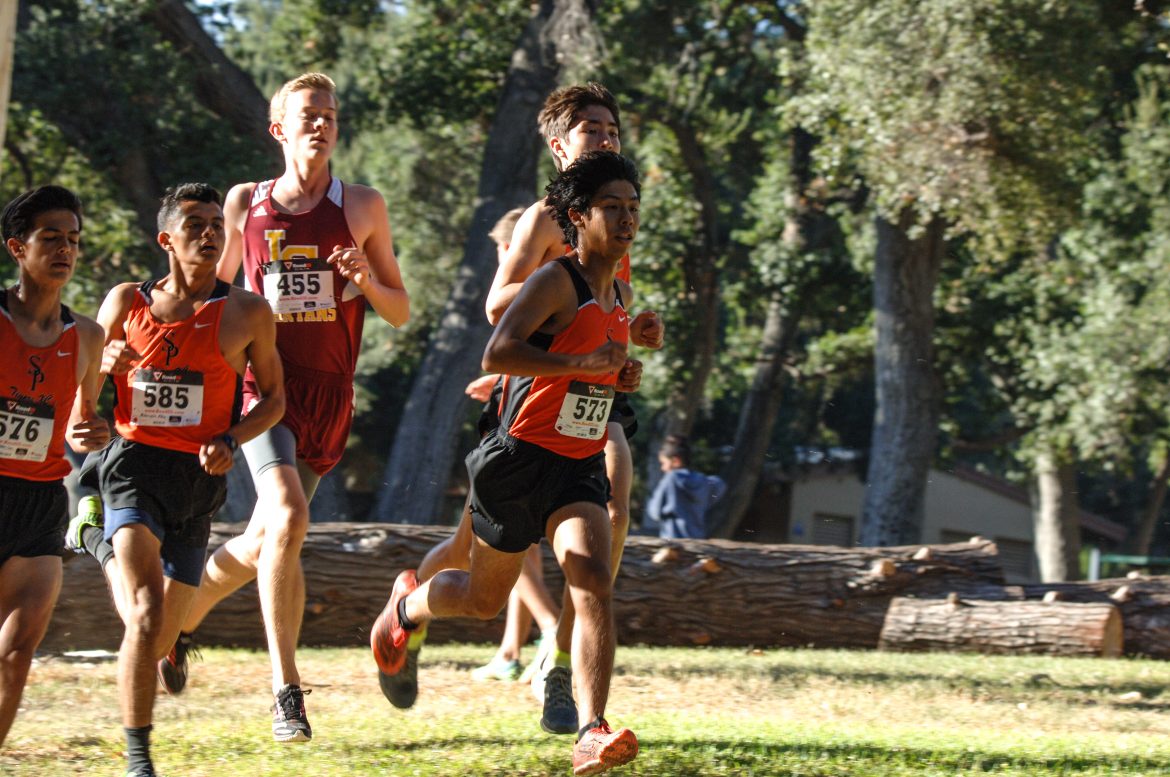 Senior Oliver Chang leads the pack, while steadily progressing along the trail.

The South Pasadena cross country team traveled to Walnut for the Mt. Sac Invitational on Friday, October 20. The varsity boys competed in the Division III sweepstakes race and placed fifth out of 19 teams. Also placing fifth out 19 were the varsity girls who ran the Division III varsity race.

Varsity boys secured fifth place with an overall time of 1:20:41. Senior Oliver Chang placed first for the Tigers and 17th overall with a time of 15:36. Sophomore Sam Clark followed with a time of 15:54. Third and fourth for South Pas were juniors Kai Dettman and Michael Xiong running 16:11 and 16:26, respectively. Senior Ben Clark and junior Nicolo Porcu ran times of 16:34 and 16:36, respectively. Closing out the race was senior Alexander Gallardo who ran a 16:57.

Accumulating a total time of 1:41:35, the varsity girls landed fifth place. Placing first for South Pas and eleventh overall was freshman Brooklyn Robinson with a time of 19:32. Following were seniors Maddy Engelsman and Bailey Wu running 20:01 and 20:05, respectively. Juniors Lindsey Calva and Elizabeth Bock came next with times of 20:44 and 21:13, respectively. The last of South Pas’ lineup were senior Celeste Amaya with a 21:42 and junior Sarah Uriarte with a 21:43.

“Mt. SAC is always one of the most challenging courses we run. This year we saw many course PRs throughout our impressive JV and Varsity teams. Our teams placed well and our runners really left it all on the course,” said Engelsman.

The teams will attend the Apache Invitational in Arcadia on Friday, October 27.

Great Job XC! Keep it up!