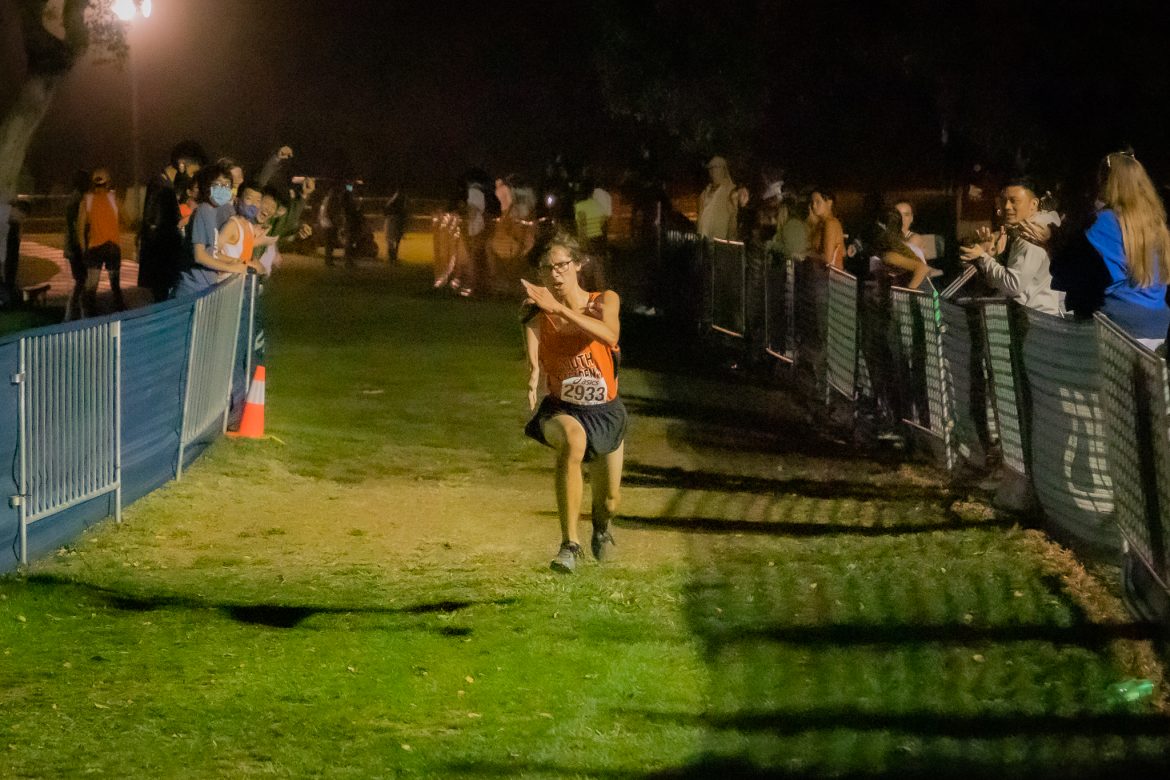 In the seeded invitational race, the girls earned 17th position and the boys placed 24th out of 24 and 27 teams, respectively.

The boys and girls varsity cross country teams competed in the Cool Breeze Invitational, their first meet of the season, at the Brookside Golfcourse on Friday, Sept. 3. The Tigers, in division four, held their own in the Sundown Showdown race, which pitted together the fastest teams  from all five divisions in a very dark three mile course.The girls team placed 17th in their race, while the boys placed 24th, out of 24 and 27 teams respectively.

Senior and top boys varsity runner Brady Nakamura described this meet as a “rust buster” since athletes had not competed in an invitational for two years.

“There were way more people at this race — I heard the announcer say around 2500 people — [where] typically at a league meet, there would be around 300 people max”, Nakamura said. “It was very crowded, and it was nice having a lot of people cheering for you when you came in to the finish. It felt very normal and got me amped up for the rest of the season.”

In the girls varsity race, senior Sydney Morrow medaled and placed 20th, with a time of 17:39. Abigail Errington, the only freshman on girls varsity,  placed 48th with a time of 18:21, despite it being her first cross country meet. Senior Kerrigan Riley completed the three miles with a time of 19:31, along with senior Miranda Liu who crossed the finish at 20:28.

Still, many runners were not focused on their times.

“We weren’t really looking for placing, it was more of a gauge of where we were at than a race that truly mattered,” Nakamura said. “We’re looking to improve on our consistency (running well in all conditions and situations), as well as improving our mindset and nerves before a race. Some of our guys and girls realized they can run faster than they thought, so they’ll be looking to start their races at a faster pace than they did at this one.”

Even with the room for improvement, the Tigers were proud of their performance.

“I think we did really well. We ran in the very highest division and placed [well], so it was a big confidence booster,” Errington said. “In this race we were kind of just testing the waters, and with new stats and info we will plan accordingly for the next meet and hopefully do even better.”

Cross country runs next at the Woodbridge Invitational Meet on Friday, Sept. 17.