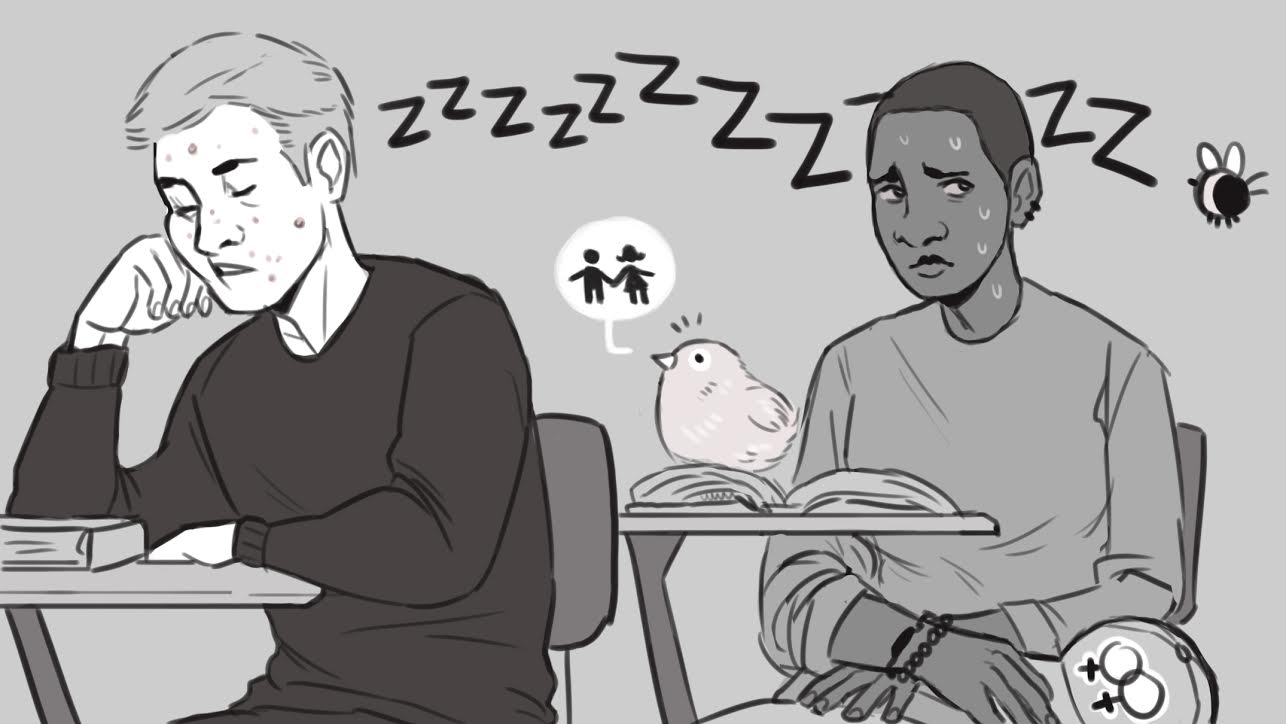 A prevailing notion in Los Angeles is that the residing LGBT+ community experiences full equality. Especially at South Pasadena High School, it seems like there isn’t much to improve on in terms of tolerance. Of course, this school is much safer in comparison to the discrimination that runs rampant across our country. But to claim that complete LGBT+ tolerance exists at SPHS is ignorant, and precisely the type of complacency that keeps a community stagnant and unproductive.

It’s clear that the topic of LGBT+ remains too taboo to speak about for the majority of SPHS students. Even in the “liberal bubble” that is SPHS, there is a “don’t ask, don’t tell” policy. And contrary to popular belief, cruel terms like “faggot” and “dyke” continue to be thrown around as degrading jokes and jeers. Purposefully or not, using those slurs subconsciously declares, “Imagine how awful it would be to be gay.” Although tolerance standards are set by school policy, they aren’t actively made known. The index-card sized “safe-space” magnets posted on classroom white boards reflect the attitude SPHS administration has taken on the issue; they exist to clear a conscience rather than to truly tackle a pervasive problem.

When examining each aspect of our school, there exist standards that maintain heteronormativity and cisnormativity. In turn, LGBT+ people are left feeling second rate and unseen. Acknowledging a community but deciding to leave them out sends a subliminal message: LGBT+ people are inferior and undeserving of the representation that straight and cisgender people have. Where are the gay couples in school textbooks? Why isn’t transitioning spoken about in health class? In English classes, pupils read stories by authors who erase the community away from their pages. Entire swaths of our student body are left out of school dialogue and unrepresented in everyday situations. Refraining from normalizing LGBT+ people is the first step towards dehumanizing a minority–the exact condition that encourages homophobic or transphobic attitudes. What little representation LGBT+ people do have are the toxic stereotypes produced by media which do not accurately illustrate the community at large. These images alienate many LGBT+ people, leaving them afraid to express their true identities in fear of being immediately categorized their personalities reduced to caricatures such as the flamboyant gay man or butch lesbian woman. In effect, many are novelized as shiny tokens instead of treated as ordinary human beings.

Administration and students alike bear the responsibility to integrate the LGBT+ community into every facet of school life– from our curriculum to our everyday conversations. Our actions now will define whether SPHS will spearhead movements of tolerance, acceptance, and equity or be left straggling behind in a delusion of complacency.

“The index-card sized “safe-space” magnets posted on classroom white boards reflect the attitude SPHS has taken on the issue; they exist to clear a conscience rather than to truly tackle a pervasive issue.”