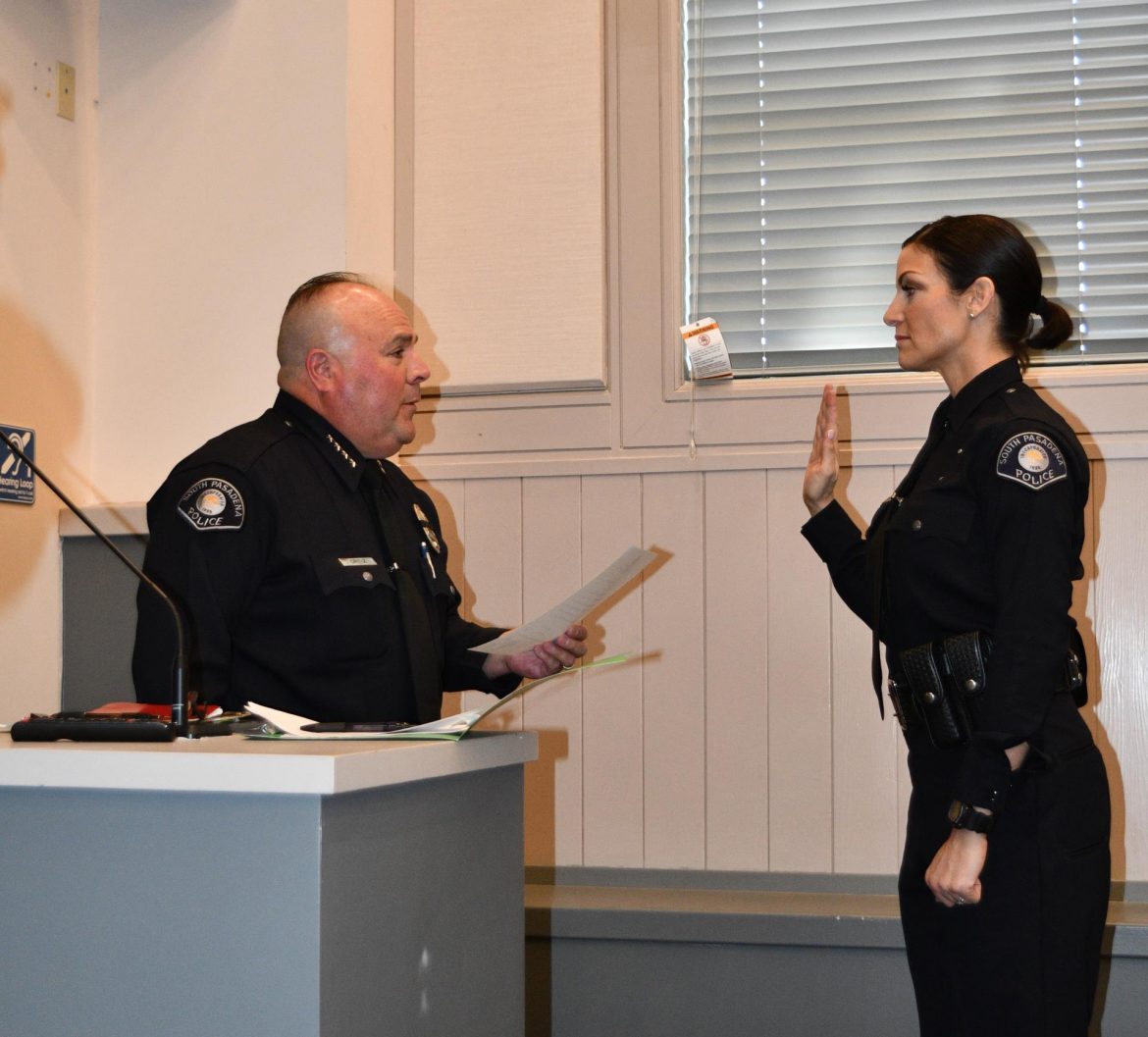 The South Pasadena chief of police, Joe Ortiz, introduced Roppo to the councilmembers and public at the meeting. The San Gabriel Valley native was sworn in on Monday, Feb. 3, with her friends and family in attendance — including her husband and two children.

Roppo’s entrance into the department signifies the city’s work to employ more women in various positions. In 2001, women made up 11.2 percent of the United States’ police officers. This number has remained stagnant in the last decade, only increasing 0.7 percent in 13 years.

Roppo has previously served as a deputy sheriff at the Riverside County Sheriff’s Department. With her new job to protect and serve South Pas, Roppo hopes to continue to learn more about the city and community as SPPD’s newest police officer.

“I feel very privileged to be working for such a great department,” Roppo said. “I’m going to do my best to bring what I’ve learned from the Sheriff’s department and implement here.”

The City Council will meet again for its bi-weekly meeting on Wednesday, Mar. 4.