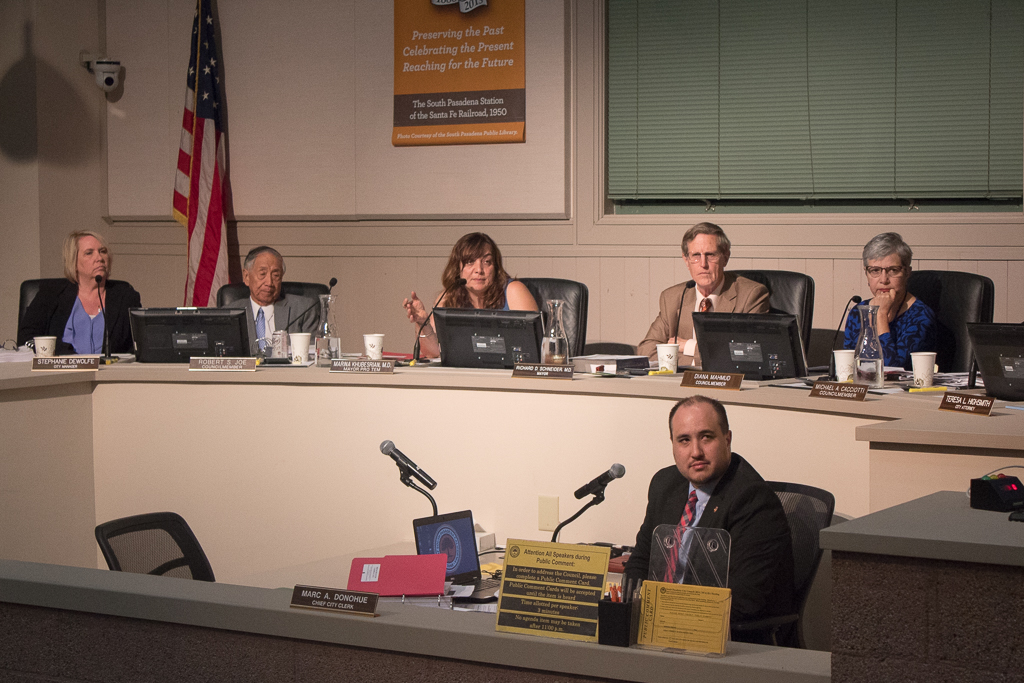 Approval of the new default would ensure that electricity used in the city would originate from completely renewable and greenhouse gas-free sources, such as wind turbines and solar panels, unless a resident changes their default plan. The 100% renewable energy default option is hoped to aid the council’s goal of shaping South Pasadena into an environmentally conscious “green city.”

The South Pasadena City Council originally set the default energy mix at 50% renewable energy sources and changed the city’s energy supplier from Southern California Edison to the Clean Power Alliance (CPA) in February of this year. However, surrounding cities of South Pasadena such as Ventura and Moorpark have recently changed their default energy option to 100% renewable energy. Noticing the positive change, residents of these cities brought their own thoughts on South Pasadena’s energy options.

“The choice of a default suggestion may turn out be the most important decision a public or private organization makes,” Councilmember Diana Mahmad read from a statement by Ojai community activist Michelle Leahey. “Setting the default at 100% renewable is one of the most immediate, tangible, and specific ways to drastically cut polluting emissions.”

Increasing renewable energy availability would anticipate immediate increased cost to both the city and its residents. Nonetheless, many residents claim they are willing to pay the cost for the benefit of both the city and the future.

“I know some residents feel very strongly about electricity rates, but they can choose lower rates if they want,” Peter Kalmus, South Pasadena resident and author of “Being the Change: Live Well and Spark a Climate Revolution,” said. “I strongly feel [climate change] is the most important issue humanity faces right now and we need to do something about this.”

The South Pasadena City Council plans to continue talks of a new default energy option in their next meeting on November 7.