City Council approves Fourth of July theatrical presentation ‘We, too, are Americans’ 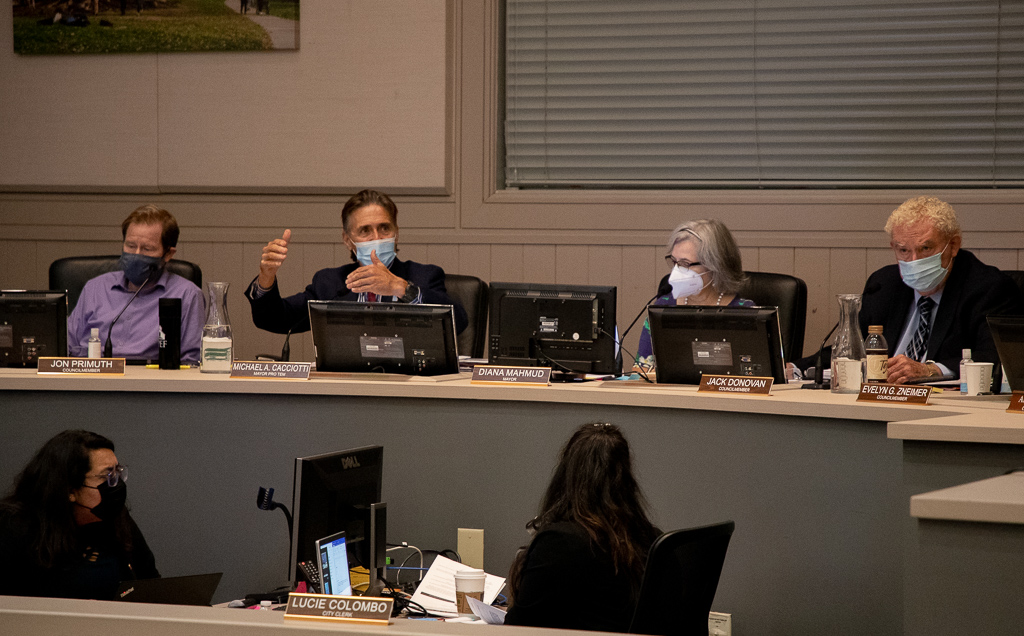 The Reynolds have agreed to research and produce the program which includes writing the script, casting the actors, and coordinating the stage production. Art, literature, poetry and live performances celebrating the diversity of cultures in America will be portrayed, but the content for the presentation has not been determined or developed.

The South Pasadena City Council voted to approve the funds for a Fourth of July theatrical presentation at SPHS at its meeting on Wednesday, May 4. Helmed by the artistic and managing directors of the Fremont Center Theater, Emmy-award winner Jim and Lissa Reynolds plan on putting this performance on Sunday, July 3, the day before the annual fireworks show.

With the working title ‘We, too, are Americans,’ the show hopes to highlight the diversity of Revolutionary War America through a film narrated by actor Kevin Costner, followed by a series of vignettes and live musical performances.

“It all started in Philadelphia over the summer [when I] went to the Museum of the American Revolution,” Mayor Michael Cacciotti said. “After going there, I saw some of the films and it just really shows a collective, diverse history of America more so than other things taught in schools.”

From there, Cacciotti and the City Council obtained the rights to some of the film’s shows, which will be showcased at the beginning of the presentation. Following this came an outpour of support for the presentation through the public comments.

“I have been privileged to be part of the committee [responsible] for putting the event together and I can say unequivocally that this will be a presentation that the whole community will be proud of. The presentation will demonstrate that the diversity we celebrate in 2022 is a fundamental characteristic of these states since it is early years,” resident Mark Gallatin said.

The high school auditorium waived the fees for this performance but the school district costs are estimated at 2,275 dollars. The event totals 6,798 dollars, a sum that the council was willing to cover part of. In a sort of bidding scenario, Cacciotti put in 3,000 dollars from his account, Councilmember Jon Primuth contributed 580 dollars, Councilmembers Diana Mahmud and Jack Donovan put down 500 dollars, and Councilmember Evelyn Zneimer contributed 1,000 dollars, covering the majority of the nearly 7,000 dollar budget.

Mahmud expressed concern over the intellectual property of the presentation, a concern misconstrued by both Cacciotti and city attorney Andrew Jarrett. Cacciotti restated the fact that the Reynolds are working free of charge and Jarrett relayed concerns of rights.

“We’ve done shows for years and years and we are pretty adaptive about accumulating additional costs for rights. We looked at music as part of this show and I have approached the person I want to approach about music and my feeling is that the main issue as far as rights are concerned [is music],” Jarrett said.

According to the agenda report documents, “The Reynolds have agreed to research and produce the program which includes writing the script, casting the actors, and coordinating the stage production. Art, literature, poetry and live performances celebrating the diversity of cultures in America will be portrayed, but the content for the presentation has not been determined or developed.”

Cacciotti repeatedly highlighted the issue of space without reservations, worrying about swarms of tourists flocking to see the local community theater Revolutionary War reenactment. But that discussion was tabled in lieu of Eventbrite and a free reservation service.

Mahmud began the motion and Zneimer seconded, eventually being unanimously approved. Rehearsals for the production begin Friday, July 2 but other specifics will be available sooner.