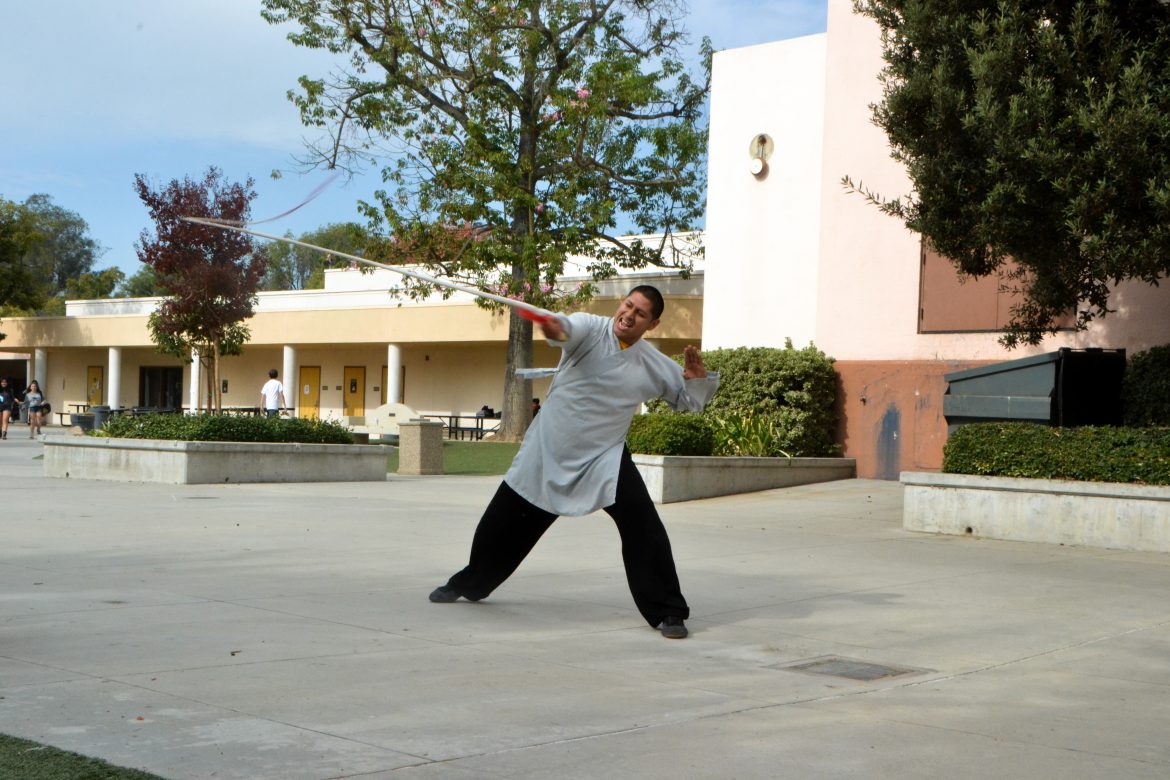 Shaolin Kung Fu Master Sal Redner and Tai Chi Master Natasha Wang presented a lesson on the cultural significance of both Tai Chi and martial arts in Chinese culture. Wang discussed the differences between the three types of Tai Chi (Chénjiāgòu, Chén, and Yáng) in Mandarin while Redner translated for her. The Shaolin master then discussed the differences between well known martial arts styles before the masters held a short demonstration on their respective art for students to watch.

“A lot of American kids are uneducated when it comes to Chinese culture,” Redner remarked. “It is sometimes difficult to break through the barrier when it comes to things like language or cuisine, but I really do think that students genuinely enjoy learning about the culture when they have the opportunity.”

Redner and Wang are also performers at Chinese festivals around the Los Angeles area. Redner grew up in the South Bay before traveling to China to train in Martial Arts. Wang was born in China and only recently moved to the United States. This is the second year that the language department has hosted a martial arts demonstration. This year, the Chinese-American club helped financed the presentation

Students in Ms. Cheng’s Chinese class will use information from this presentation to add to their year-long project on Chinese culture.

Boys’ basketball falls to Mark Keppel in it season opener