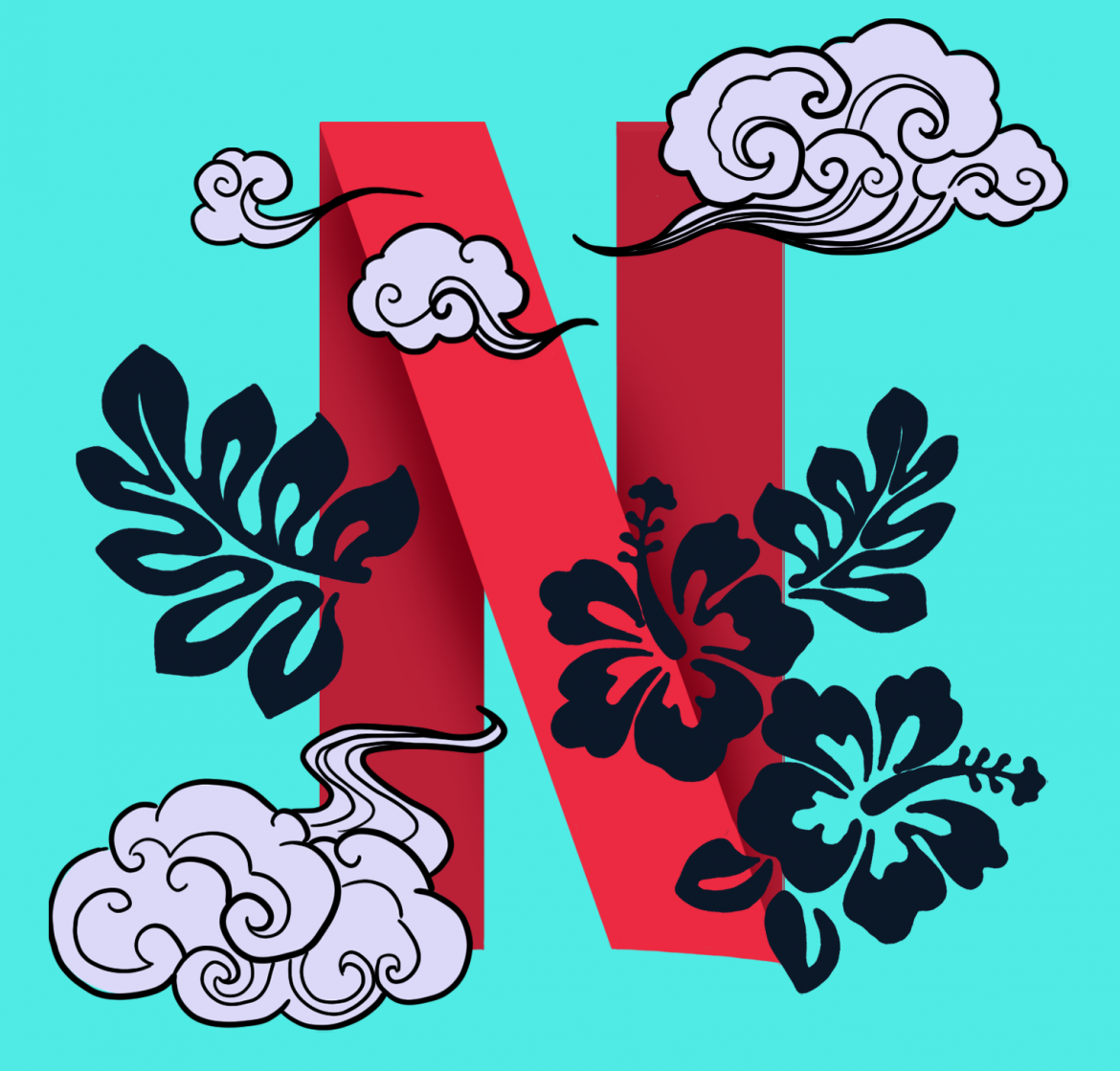 Netflix released many new films and TV shows just in time for Asian American and Pacific Islander Heritage Month. The entertainment company has contributed a decent amount to POC representation on screen in the past with To All the Boys I’ve Loved Before and Sex Education, among others. However, its films often lean heavily on POC stereotypes. Tiger reflects on four films from Netflix’s recent collection of Asian stories from the month of May.

Hollywood
The newest addition to the Ryan Murphy cinematic universe is his Netflix series Hollywood, a classic Murphy creation filled with snarky dialogue, a flair for the dramatic, and most importantly, a diverse cast list. Murphy includes a subplot that rewrites the story of Anna May Wong, the first Chinese-American movie star, and tells the infamous story of Wong’s deprived leading role in The Good Earth. It’s gratifying to see such an iconic Asian American actress have her struggles acknowledged, especially within an industry that regularly typecasts Asian Americans. Hollywood’s finale is noticeably saccharine and highly unrealistic of the 1940s generation, yet a moving rewrite and the humanizing portrayal of Anna May Wong that she deserved. Hollywood was released on Netflix on May 1 and is streaming now.

Tigertail
Tigertail is one of Netflix’s most underrated gems. Directed by Alan Yang (Master of None, Forever), the movie follows the story of a Chinese immigrant man living in the United States as he reflects on his past mistakes that have caught up to his present relationships. It’s an intimate story, a change of pace from Netflix’s usual action-packed hilarity-filled media. A slow burner, there is no obvious climax but rather a sense of melancholy that follows the viewer throughout the story. It’s a genuine retelling of the classic Asian immigrant’s story of coming to America, and offers insight for viewers that may feel disconnected from their immigrant parents. Tigertail is undoubtedly part of a niche market, but tells its own story in a subtle, yet still poignant way. Tigertail has been streaming on Netflix since Apr. 10.

Never Have I Ever
Never Have I Ever, the new TV series by Mindy Kaling, is entertaining and chock full of diversity. The characters deliberately target stereotypes with their portrayal of colored women. Devi Vishwakumar (Maitreyi Ramakrishnan), the lead character, is hot-headed and horny. Her two best friends are Eleanor Wong (Ramona Young), an Asian actress, and Fabiola Torres (Lee Rodriguez), a Black, lesbian, robotics genius. The series, narrated by John McEnroe, follows Devi as she navigates the aftermath of her father’s sudden death, as she copes by ignoring the event and tries to have sex with the school hottie Paxton Hall-Yoshida (Darren Barnet). There’s also a section in the middle of the first season, narrated by Andy Samberg that follows the perspective of Ben Gross, Devi’s rich and lonely academic competitor. The series tackles the topics of grief, relationships, and race in a lighthearted manner. However, the show falls really hard on Indian stereotypes in its portrayal of Devi’s family and other members of the Indian community. Still, it provides valuable representation.

The Half Of It
The Half Of It, directed by Alice Wu, is a beautiful film that explores teenage emotion and self discovery in a picturesque small town setting. It follows the studious Ellie Chu (Leah Lewis), a queer Asian American as she helps school football star Paul Munsky (Daniel Diemer) get a date with Aster Flores (Alexxis Lemire). Both of them end up falling for Aster in a display of POC and LGBTQ+ representation never seen before. However, the film comes to a messy ending that tries too hard to connect the characters. Carefully layered relationships that had been established were completely shattered within the last 30 minutes. Much of this stems from the lack of character development in Aster, who is portrayed as a one-dimensional manic pixie dream girl.