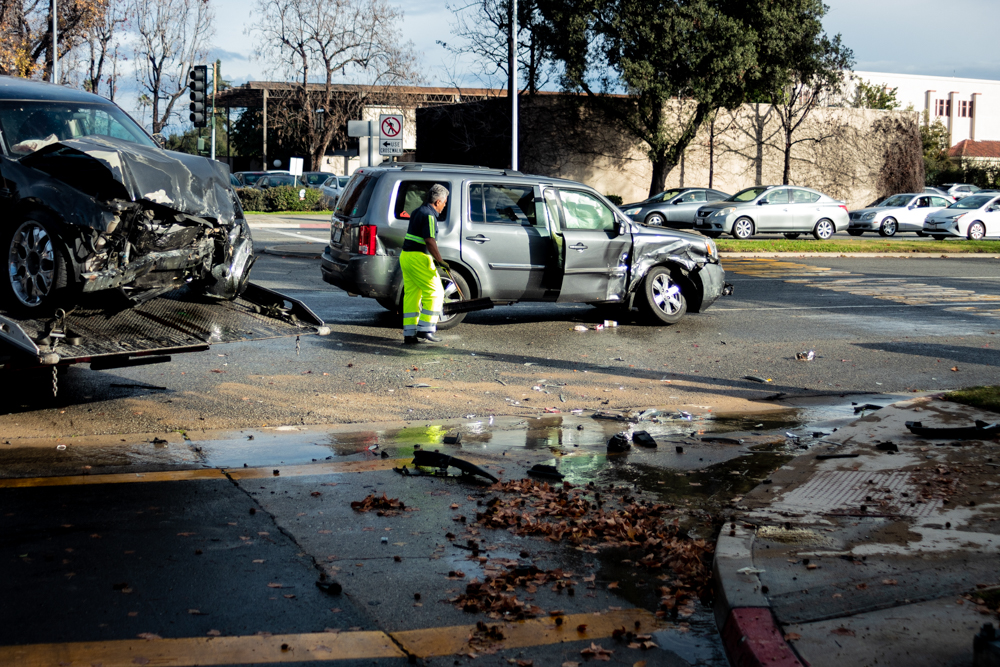 A Black Chrysler crashed into a Honda Pilot near the South Pasadena Middle School on Fair Oaks Avenue and Bank Street on Thursday, January 31. Four people were hospitalized and two of three lanes temporarily obstructed following the accident.

The Honda was traveling westbound when the Chrysler failed to stop at a red light and hit the Honda at the intersection. The Chrysler veered off into the sidewalk while the Honda veered southbound, according to Jeffrey Holland, the officer at the scene. The woman driving the Chrysler, who is six months pregnant, was rushed to the hospital due complaints of pain in her stomach. The three people in the Honda were taken to the hospital as well.

The Chrysler driver was cited for both running a red light and having no insurance information with her at the time.