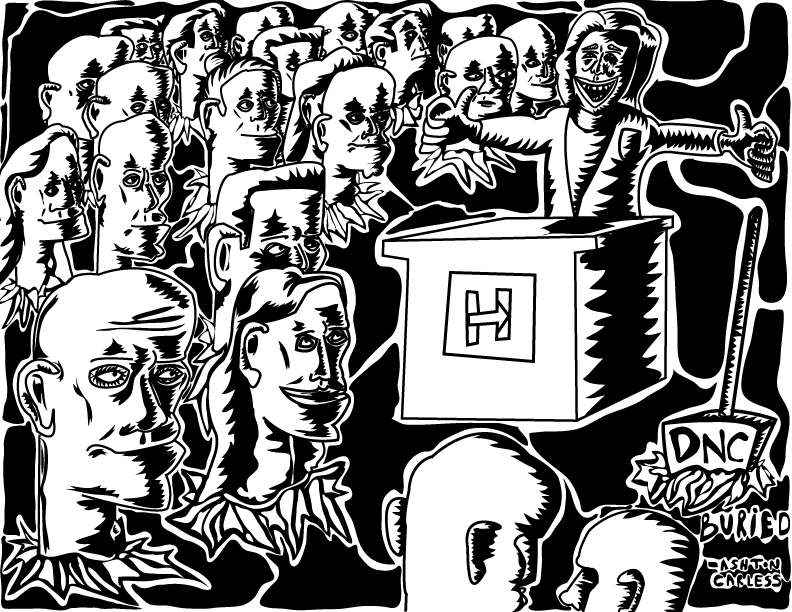 “With the Democratic primaries coming to an end, neither Hilary Clinton nor Bernie Sanders will have enough pledged delegates to clinch the nomination, thus it is up to the super delegates to decide who the democratic nominee will be. Superdelegates are the Democratic political establishment, and they have already pledged their votes to the establishment candidate Hilary Clinton, who would only be able to receive the nomination with their help. If no Superdelegates were accounted for/ they didn’t exist, this race would be decided in a contested convention, giving Bernie Sanders a chance to argue his way to the nomination. The political establishment has yet again chosen their puppet, leaving almost half of the democratic base feeling alienated , and forced to watch as the establishment wins again.”

Suspect tied to harassment and burglaries taken into custody