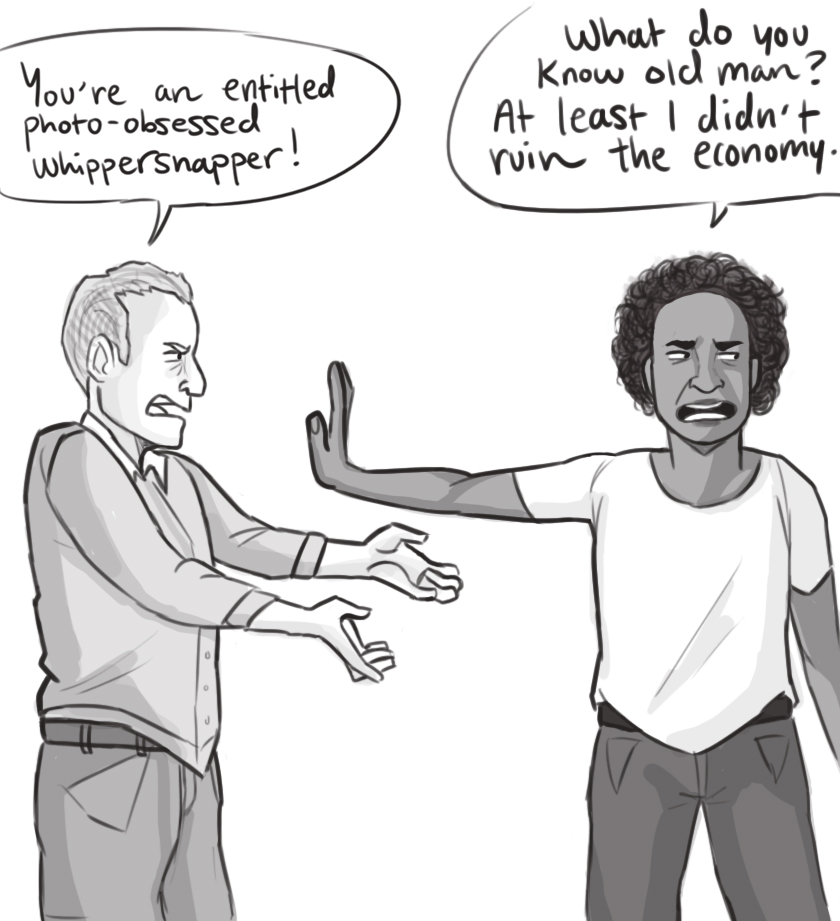 I’m a Millennial. I’m entitled, selfish, narcissistic, and lazy—or so I’ve been told by the media for the past couple years. As a generation, our selfies and affinity for social media have evoked criticism and even in-depth analyses. In 2014 Pew Research Center reported that 55% of Millennials have shared a selfie, compared to the 24% of Generation Xers and 9% of Baby Boomers. And all of this has been chalked up to our narcissism. But lately, these claims have been repudiated with arguments from “Baby Boomers ruined America” to “Millennials aren’t the most entitled—Baby Boomers are” to even “Millennials are entitled because of their Baby Boomer parents.”

Millennials are those born loosely between 1982 and 2000. Baby Boomers are often the parents of Millennials, being born 1946-1964; Generation X falls between these two and has its fair share of Millennial children.

As high school students, we were born at the tail end of the Millennial years. We’re Millennials—but we’re also the future. We need to realize that there is currently a myriad of issues with our country, ranging from the environment to the economy, and everything in between. The solution doesn’t lie with one generation, and it certainly doesn’t lie in generations blaming each other. As the future, it’s imperative that we break this trend of blame and focus on solving problems. Fixing America requires intergenerational cooperation—why does it matter who caused the problems when we should all work together to solve them?

I’m a Millennial. I take my fair share of selfies. But it’s time to put the differences between our generation and past ones behind us. Progress will remain at a standstill until we stop blaming and start working.