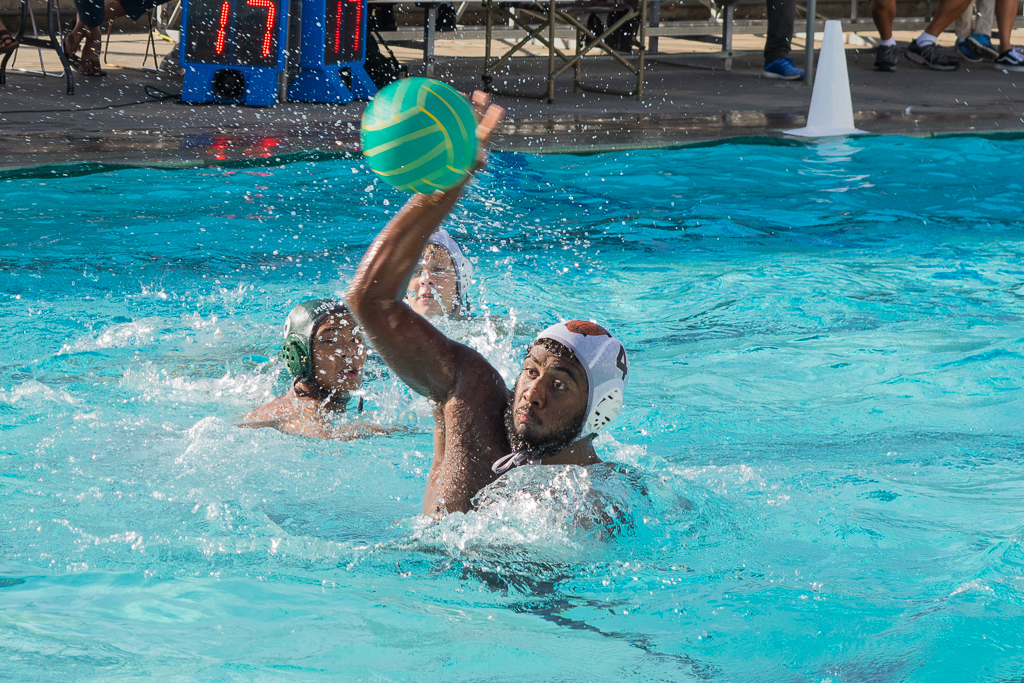 With another blowout victory, the Tigers complete a season sweep against the Wildcats.

Boys water polo dominated the Monrovia Wildcats, 19-8, in an away game on Thursday, Oct. 17. South Pas easily broke away in the first half with an aggressive offensive game plan, bumping up its regular season record to 5-0.

The Tigers quickly established a lead early on in the first quarter with rapid fire goals, closing in on the Wildcats from all sides and ending with a score of 6-2.

The second quarter began with many indecisive plays; both teams were hesitant to make any bold moves. But, it didn’t take the Tigers long to adapt and devise a new strategy.

South Pas lured the Monrovia defense out to the middle of the pool so that sophomore Blix Hadsell-Florin could sneak behind the defense and tap the ball into an almost completely open goal.

The Tigers stuck with their offensive approach, rarely giving up possession. Senior Evan Kowal carried the ball all the way across the pool, managing to stay ahead of the Wildcats. Kowal assisted junior Aidan Chang by the side of the goal to bring the Tigers up 9-3.

The third quarter began with another long bout of hesitant passing back and forth until junior Eddie Lane-Flannigan scored, whizzing the ball past the outstretched hands of an entire line of Monrovia defense.

Whenever the Wildcat offense got too close for comfort, junior goalkeeper Oscar Walsh would chase them out or make a miraculous save.

Later in the quarter, distracted Wildcat didn’t notice sophomore Egan Hadsell-Florin treading water in their keeper’s periphery, waiting for the perfect opportunity to strike. The Tigers found him and E. Hadsell-Florin snapped the ball in easily for another score.

Towards the end of the third, Monrovia slipped a few lob shots past Walsh, but South Pas still carried a 13-7 substantial lead.

In the final period, a series of quick passes culminated with a fast score by junior Anthony Felix. This score started a South Pas run and the Tigers confidently closed out the game, outscoring the Wildcats 5-1 in the fourth quarter.

Sophomore Owen Imasaki earned the last goal of the match, firing into the upper corner of the goal, making the final score 19-8.

“We’ve always had some trouble in Monrovia’s shallow pool, so I’m happy we were able to easily get win number five,” Kowal said.

The Tigers will compete in the Newport Harbor Tournament this weekend and return to league play on Tuesday, Oct. 22, against La Cañada.