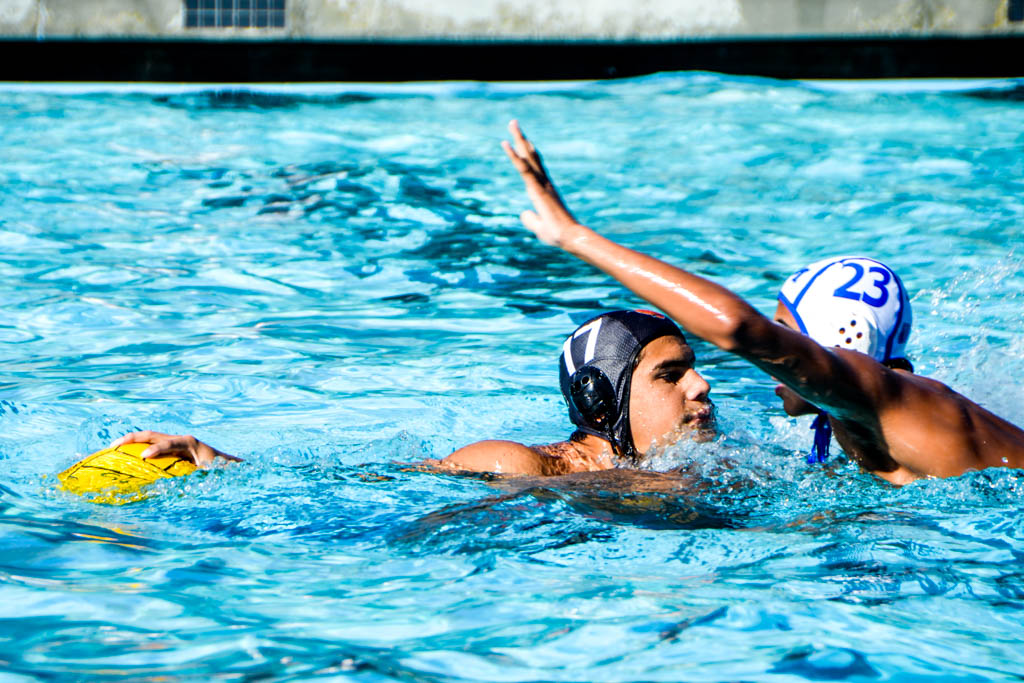 Boys’ water polo continued their downward descent in the Rio Hondo League standings after suffering their third loss of the season to La Cañada on Thursday, October 13.  Despite a strong showing early in the game, the team was punished by their own mental deficiencies in the second half. The loss further tarnishes South Pas’ tattered confidence, and adds to a list of devastating defeats that the Tigers have compiled this season.

The pregame was extremely emotional for the Tigers, who desperately needed a win to even their record at 2-2.  After warm ups, they huddled in their locker room, chanting and swaying as a group. The effort was significant for South Pas, who had been struggling to perform as a team in their prior league games.

The small pregame activity was seemingly efficient for South Pas, who entered the game displaying a renewed sense of intensity and rigor. Their attitude powered strong ball movement around the goal and created a level of continuity between players that had been missing in recent games.

Their defense was performing at a similar level at the beginning of the game.  South Pasadena was able to exercise their dominant press, and prevent La Cañada from developing plays in two meter.  Although the team was functioning well, blown coverages allowed La Cañada to take a three point lead in the first half.

As the second quarter dragged on, Tiger players began to lose their determination. While the La Cañada lead extended to 7-0, South Pas continued to suffocate themselves with bad decisions and half baked efforts.  Although the players were still physically in the pool, by the time the seventh goal hit the cage, the Tigers had already mentally exited the water.

Facing Spartan backups, the Tigers were able to put up five points in the fourth quarter.  With only a few minutes left in the game, they kicked and scratched to a respectable score.

Senior Cameron Benitez led the low scoring game with two goals. He was followed by sophomore Owen Carlson and seniors Dj Myer and Spencer Gurley, who all scored once.

The team will have a short break from league play this weekend at the El Segundo Tournament, before they return to play Blair on Tuesday, October 18. Their loss to La Cañada does not end League or CIF hopes, but will put heavy pressure on them for the rest of the season.