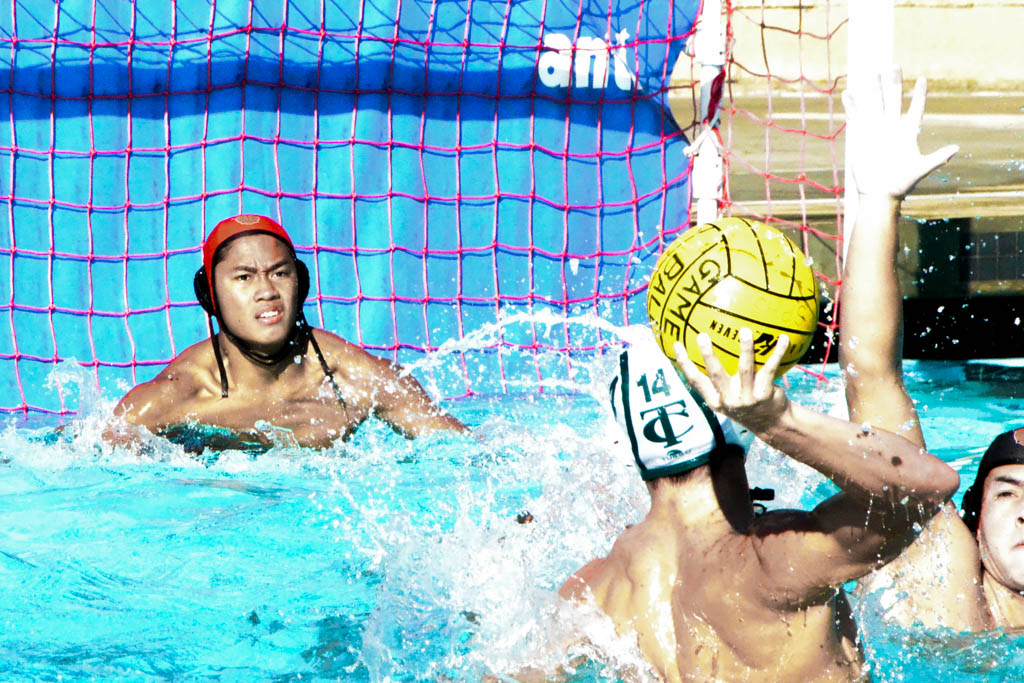 Boys’ water polo dropped their fourth game of the season on Tuesday, October 25 in a tight 12-8 loss to the Temple City Rams. The loss brings South Pas’ record to 3-4 and significantly diminishes their chances of acquiring a league championship.   Although the team had some spectacular plays and tight defense, their offense was inconsistent and could not keep a steady rhythm when the game was going in Temple City’s favor. Because they relied so heavily on momentum, it was hard for the team to maintain their quality of play.

Senior Robert Decker and the South Pas defense held their ground solidly in the first half.  They were eating up bad passes, and putting overwhelming pressure on Temple City players in press coverage.  Although their offense was functioning well on the perimeter, they was having trouble controlling the ball in two meter. After Temple City took a 2-0 lead in the first, South Pasadena players grew anxious. Senior Leo Sonner finally quelled South Pas’ doubts in the first quarter with a well placed shot in the top left corner, to reduce the Ram’s lead to 2-1.

Cameron Benitez looks to make a pass across the top line

After Temple City extended their lead to 3-1 in the second quarter, sophomore Philip Lee was able to rally up the South Pasadena offense with a deep score over the middle. The sophomore followed his shot with a turnover, which allowed senior DJ Myer to drive into two meter and flip the ball past the Temple City goalie. Unfortunately for South Pas, the defense crumbled after the team tied the game at 3-3. Their previously dominant transition coverage was letting Rams’ players get to one on one matchups with Decker and score with ease. The team went to half down 3-5, lacking a steady foundation on offense.

South Pasadena returned in the second half still without a real offensive identity. They had good ball movement on some possessions, but were generally spending too much time in still water. Myer ignited another surge of offense in the third, when he made a ridiculous skip shot from the outside. Sonner followed the play by stealing the ball from a Temple City player and swimming all the way back to the goal to tie the score at 5-5. After the Rams reclaimed the lead, senior Kinan Rodriguez sunk a floater over the Temple City goalie, to retie the game at 6-6. Although South Pas had the score tied, turnovers left too much potential for the Rams’ counter attack. Temple City leveraged South Pas’ mistakes to take a 9-6 lead, and crush Tiger momentum. The team made one more attempt at a comeback early in the fourth. A turnover from Rodriguez fed Myer, who carefully maneuvered around defenders and scored from deep. A few possessions later, Sonner jumped a rout, and assisted Benitez on the fast break, who finished near at the goal. Without a dominant press, however, South Pas let the game slip away again. In a final attempt to score, South Pas had to draw Decker out of the goal, which allowed Temple City to inflate the score as time burned away.

Robert Decker blocks a shot from a Temple City player

Following the loss, South Pas will attempt to rebound on Thursday, October 27, against Monrovia.  The Tigers defeated the fifth place Monrovia team 12-4 when they faced off earlier in the year.