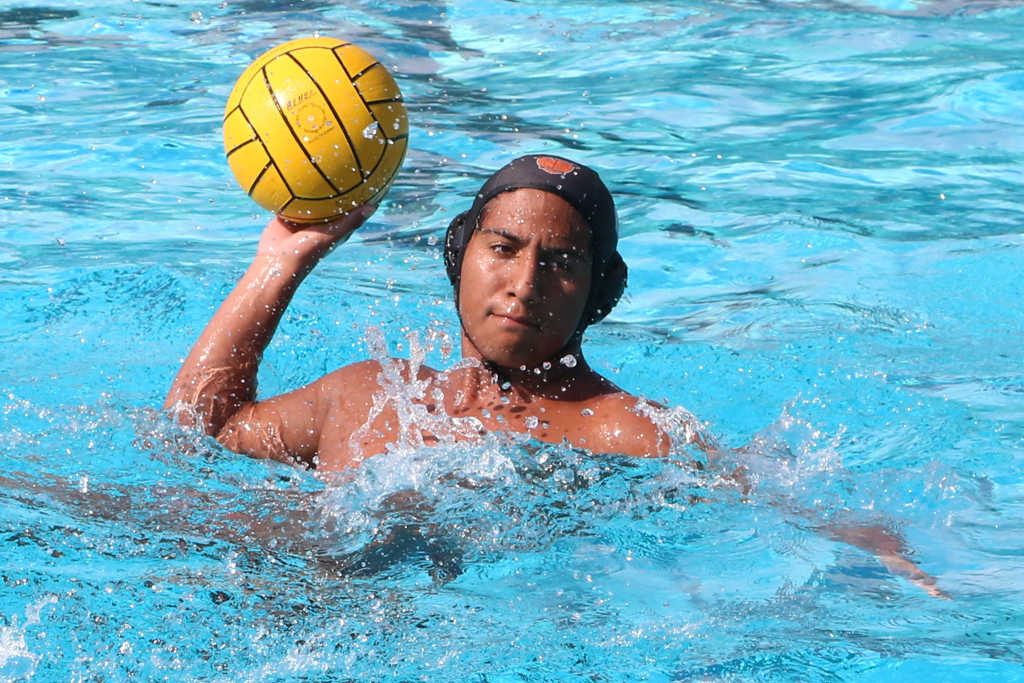 Senior Andres Limon squares up to take a shot on the goal.

Boys’ water polo continued their resurgence during the Marina-Corona tournament, bringing home a 3rd place medal in the sixteen-team competition on Friday, September 8 and Saturday, September 9. The impressive title portends success against league opponents for South Pas, which emerged victorious against future CIF competitors in the Division IV and V tournament.

The formidable South Pas squad started off Friday on the right foot, demolishing Marina by a score of 13-3. The Tigers were unequivocally the superior team throughout the game, overwhelming Marina with their offensive and defensive abilities. Unfortunately, their momentum halted against Corona, who defeated the Tigers in a close 13-10 game. Corona was a CIF Division V semifinalist last year, and proved to be an important test for the rising South Pas team.

Having lost 13-12 to Burroughs on August 29, South Pas regrouped on Saturday with an intense, narrow victory over the reigning CIF Division V championship Burroughs team. That 7-6 quarterfinal win, paired with a tough 13-6 loss to Santa Ynez in the semifinals gave the Tigers a spot in the 3rd place game versus Corona. This time the Tigers prevailed against Corona with a final tally of 10-9, securing the 3rd place trophy.

The adept underclassmen on the squad proved vital in the competition, as freshmen Dominic Kline and Eddie Lane-Flanigan combined to score 26 of the Tigers’ 45 goals. Kline skillfully converted opponents’ turnovers into goals, while Lane-Flanigan’s striking abilities were crucial. Junior Philip Lee was another key contributor; he added ten goals over the course of the tournament.

Boys’ water polo will play its next game at home against Notre Dame/Sherman Oaks on Thursday, September 14.

Girls’ volleyball falls to La Salle on the road