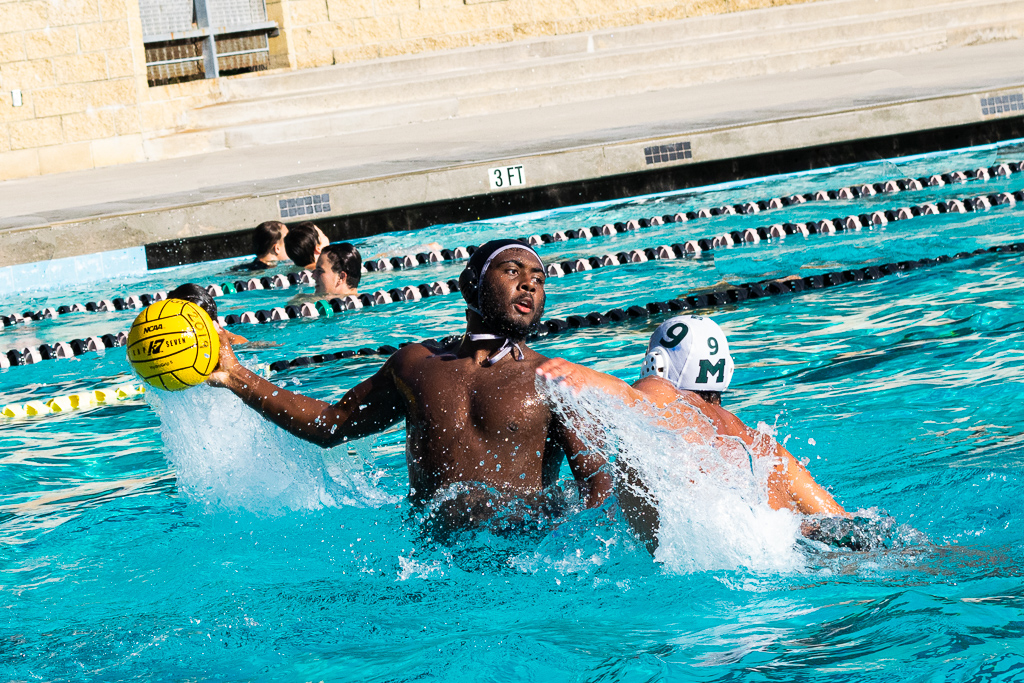 Boys water polo blew out the Monrovia Wildcats, 23-3, in its first game of the regular season on Tuesday, Oct. 1.

The Tiger lineup overpowered the Wildcats, starting the game off on an 11-0 run, and never looked back.

Seconds into the game, junior Eddie Lane-Flannigan established position deep inside Wildcat territory and sunk an effortless first shot. In the blink of an eye, senior Evan Kowal and junior Anthony Felix scored the second and third goals. The Monrovia goalkeeper didn’t know what hit him and the Tigers continued to pummel them relentlessly.

Offense continued to dominate, scoring point after point. Junior Maven Palacios checked into the game and quickly scored with two bullet shots. Then, Palacios smoothly maneuvered past the Monrovia defense and handed the ball off to sophomore Egan Hadsell-Florin, who swung it right by the stunned Wildcat keeper.

A. Felix and E. Hadsell Florin both got in one more goal before Monrovia scored a lucky throw, closing the first quarter with a score of 11-1.

The second quarter was smooth sailing for the Tigers. With a gigantic lead, they settled into a relaxed defense and offense. Even though they played with a lower intensity, South Pas only conceded one more goal in the half. They entered halftime with the match practically over, up 13-1.

The team continued to ride on its momentum in the second half. The Tigers dominated possession, but when the ball did threaten junior co-captain and goalkeeper Liam Markus, he deftly blocked the shots.

E. Hadsell-Florin and A. Felix flanked the goal on either side, working in tandem to put away two more clean goals. Monrovia took a shot and managed to score their second goal of the game, but South Pas easily responded.

Palacios and E. Hadsell-Florin lobbed the ball back and forth from opposite sides of the pool and scored three more on the desperately struggling Monrovia defense before the quarter ended, 19- 2.

With the game already decided, the Tigers attempted to run out the clock in the fourth period. Junior Oscar Walsh took Markus’ place as keeper, allowing Markus to roam around the pool as an outfield player and drive two killer shots into the goal. M. Felix executed another fast shot with seconds left with the ball in his hand, ending the game with a final score of 23- 3.

“This game was a great opportunity for us to try our new things and fine tune before Temple City. We are all super grateful for Liam [Markus] who showed great leadership in his first game as a captain,” Kowal said.

The Tigers will play La Canada in an away game on Thursday, Oct. 3.