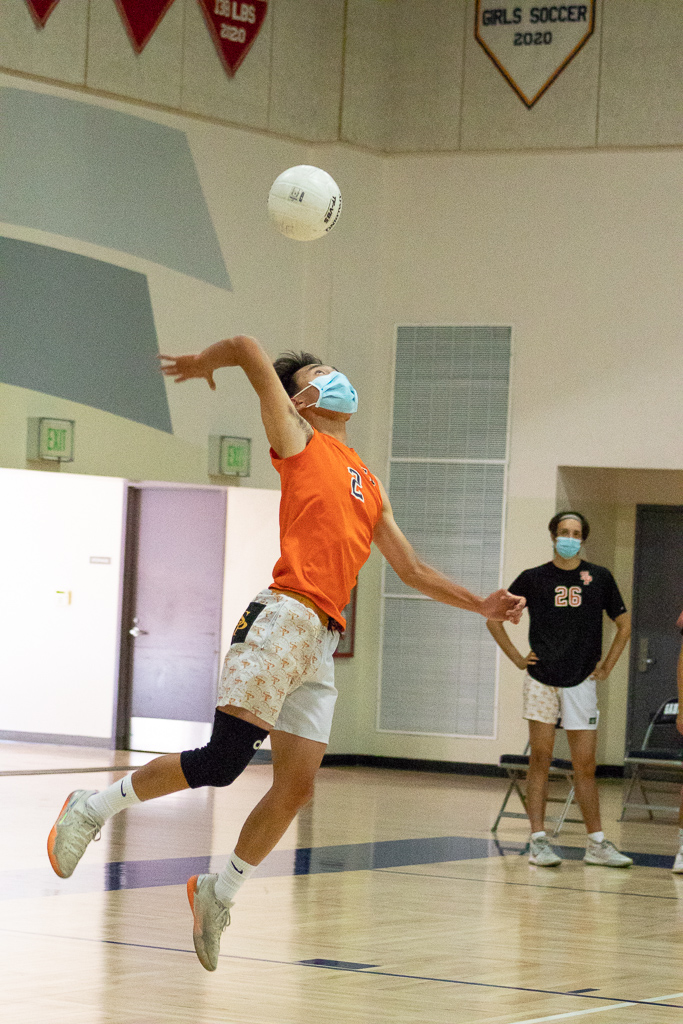 The SPHS boys volleyball team trounced the Monrovia Wildcats on Thursday, May 6, making quick work against the opposing team in two sets.

South Pas lost an early lead in the game after the Tiger offense failed to organize cohesively. Missed serves on both sides stalled the game from progressing any further, putting the teams neck-to-neck on the scoreboard for the next couple rallies.

A quick break revitalized the Tigers, and created a strong offense, with senior libero Colin Sheng and senior Ryan Tse leading the effort. Weak fumbles from Monrovia cost them crucial points, and as defense also proved itself with consistent blocks, the Tigers crept up to the lead again, rounding off the set 25-13.

The second set began with unsteady serves by the Tigers, but junior Michael Favela brought the team up to shape with several impressive plays. A one-hand block from Favela cut a rally short, and with assistance from Tse and sophomore Aidan Hilger, the trio made powerful spikes that increased the Tiger point total. Able defense along with freshman Ryan Estanislo’s consistent low serves prevented Monrovia from scoring. South Pas’ held a well-coordinated offense, making it difficult for the Wildcats to keep up, ending the set and the game with 25-14.

“It was slow in the beginning, but we definitely picked up energy and built on to how we were playing. [We] lost the last game pretty badly, so we had to make sure to gain our confidence back,” Favela said. “[But] we had a really good mindset today and we were able to close up early in two sets. The next game is a really important one so we really want to have a good mindset again before we start.”

The Tigers will face off against La Cañada Spartans next Tuesday, May 11, in an away game.