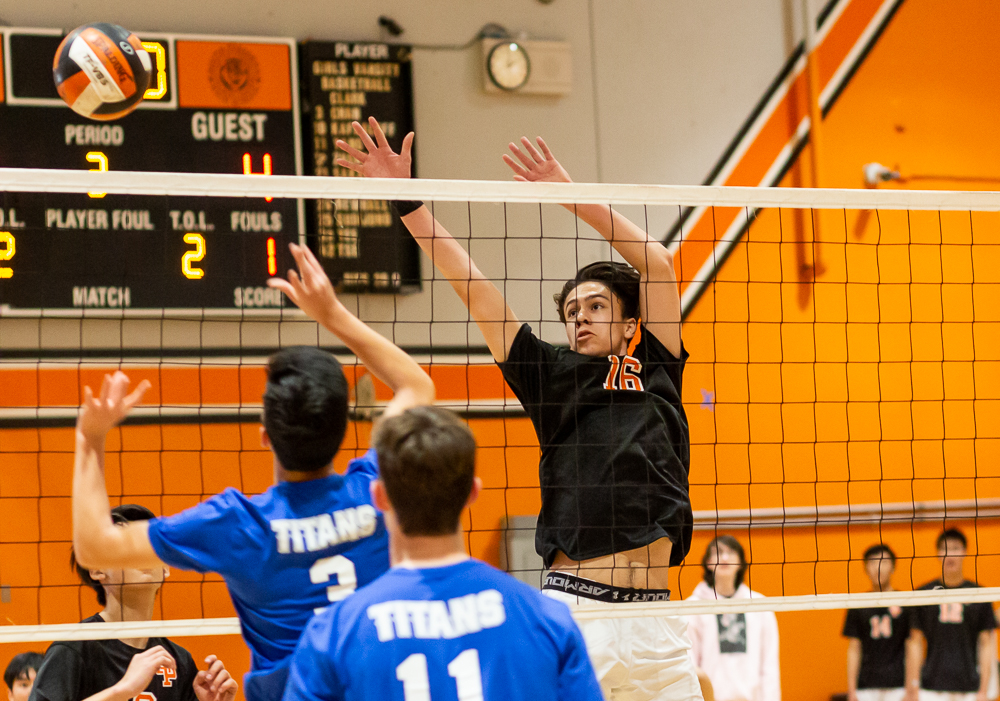 The boys volleyball team fell under .500 and now sits at a 2-3 record.

Boys volleyball suffered defeat in four sets in its second preseason game against Los Altos High School on Tuesday, Mar. 3. Despite an early win in the first set, the Tigers could not keep up with their opponents in the remaining three, ending the day with a 3-1 loss.

Senior captain Dylan Schreibfeder and junior Amari Latham showcased efficient teamwork in the beginning of the first set. In particular, Latham provided the Tigers with strong, consistent hits to Los Altos while sophomore Michael Favela and senior Scott Ishikawa rounded out the team with solid defense. The Eagles made a last-ditch push, but the Tigers held on to win, 25-21.

South Pas took a downward trajectory in the second set with the final set score of 25-13. Los Altos aggressively dealt heavy blows through its serves and overwhelming offensive force. Junior Nolan Call and sophomore Thompson Crockett finally stopped the Tigers’ scoring lull, but the Eagles’ lead would prove to be insurmountable.

Schreibfeder and Latham’s combined force made another brief appearance in the beginning of the third set, driving up the points for South Pas. Ishikawa and Call also strengthened the Tiger total at the start of the fourth set with their kills.

Despite these efforts, South Pas could not survive Los Altos’ ability to worm its way through the Tiger defense. The team never regained its first-set momentum, losing the final two sets, 25-11 and 25-16, respectively. Still, the Tigers maintain a positive outlook on the season.

“I think the team chemistry is really starting to show because of the time we’ve spent together at tournaments and practices,” Call said. “Of course we still have work to do in areas of communication and pushing through sets aggressively, but the setters are consistently making great decisions and we try our best to keep the focus and energy on our side of the court.”

The Tigers hope to best Providence High School in another away game on Wednesday, Mar. 4.