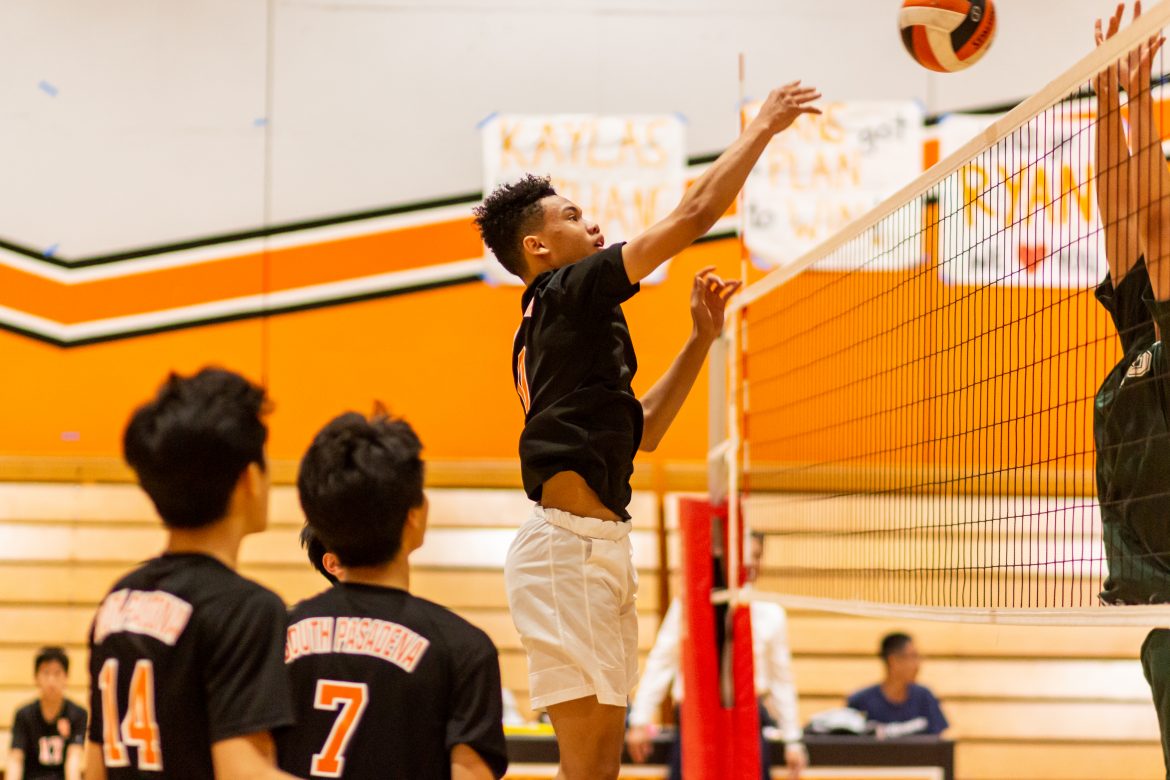 Senior Kai Jones spikes the ball against the Spartans. The Tigers consistently outplayed Schurr above net throughout the match.

The Tigers defeated the Schurr Spartans in three straight sets in their fourth game of preseason at home on Tuesday night. South Pas dominated all three sets, with scores off 25-2, 25-8, and 25-10.

In the first set, junior setter Tyler Lieu continuously assisted senior Jason Barrientos, who made numerous kills and won the majority of the points for the Tigers in the first set. Junior Dylan Schreibfeder and senior Scott Ishikawa blocked multiple Spartan hits at the net. With the Tigers’ dynamic play, the Spartans did not stand a chance against the Tigers, who took the set 25-2.

During the second set, the Tigers made a few errors during serve receive which allowed the Spartans to make a run in the middle of the set. However, seniors Kai Jones and Matt Mayemura made crucial blocks which stopped the Spartans from scoring more. Sophomore Colin Sheng also helped the Tigers by getting many aces with his serves. The Tigers won the set 25-8.

The third and final set was another lopsided victory for the Tigers. Junior Hanwul Choi, who usually plays in the back row, got over four kills for the Tigers today while playing outside hitter. The Tigers maintained a significant lead against the Spartans, held on for a 25-10 win.

The Tigers play Los Altos/Hacienda Heights at home at 3:30 p.m. on Thursday, March 7.