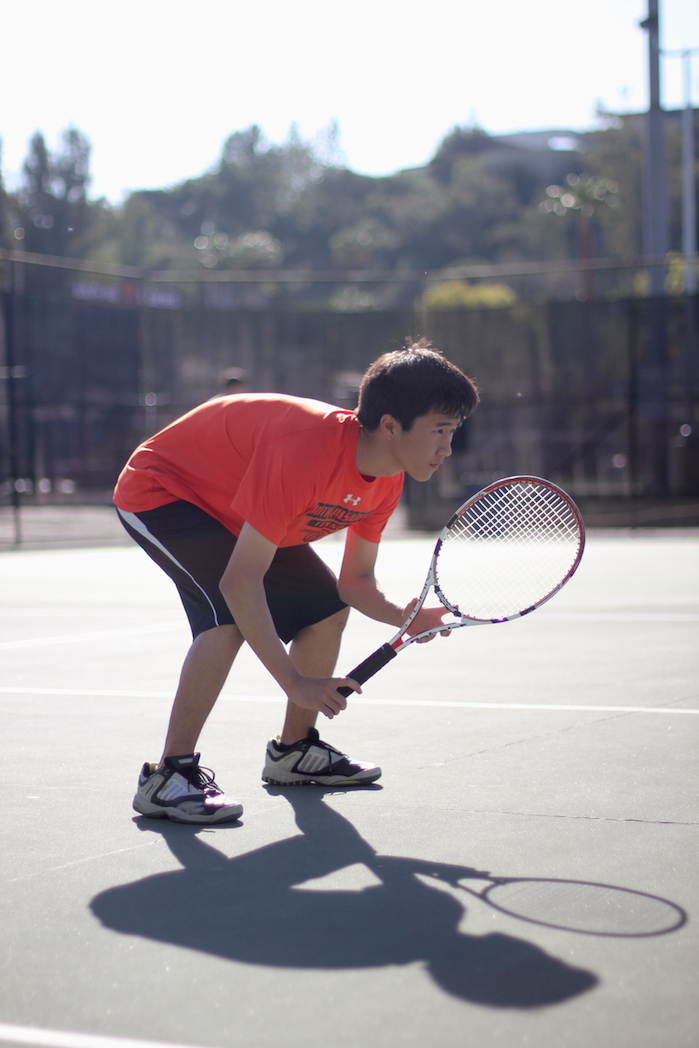 The boys’ tennis team realized a 12-6 victory against the Moors in their second preseason game of the season on Wednesday, March 5 at home.

“We have a pretty young team, and we’re doing our best right now,” junior Ali Nazari said. “As time moves on, we are going to get better and better until we are the best team in the [Rio Hondo] league.”

The lineup didn’t change much from the team’s last match against La Salle High School, except for the alteration in doubles combinations from sophomores Hoyt Gong and Kendrick Shen to senior Bruno Cavelier and Nazari.

“The team had great chemistry, which is surprising for such an early match in the season,” Cavelier said. “We should focus more on the goal at hand and not get distracted by what lies ahead.”

The three singles players, junior Sagar Raju and Casey Corvino, and freshman Nick Corvino, showed consistent results in singles. Raju beat the Moors’ one, two, and three singles 6-1, 6-1, and 6-0. For doubles, sophomores Jesse Chen and Kevin Huang, and senior Lenn Kushigemachi and sophomore Jason Cai were put as the number one and two doubles, respectively. The struggle for points came from doubles, where distractions and unforced errors caught the teams at a surprise.

“I know I could have played better,” Chen said. “But the good thing about playing with [Huang] is no matter how much one of us is struggling, we can pull through anything and play the best we possibly can at the moment.”

The Tiger’s next match will be on Tuesday, March 10 against Crescenta Valley at home.

Track dominates in all four divisions in Alhambra meet