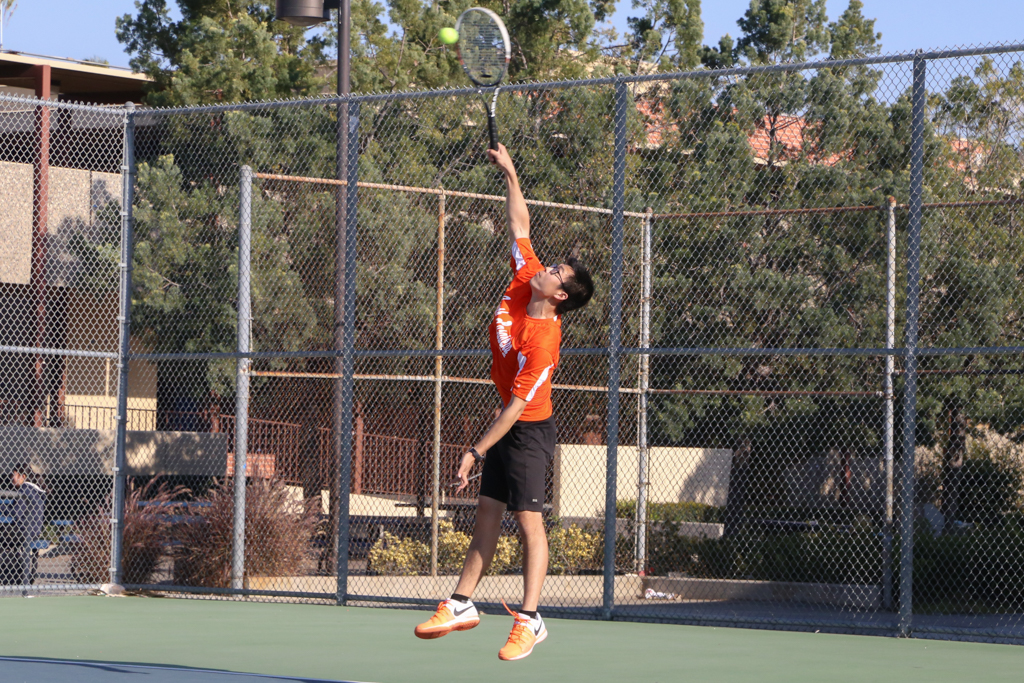 Senior Andrew Lee rises to strike the ball. Lee has been a notable singles and doubles player for the Tigers this year.

Boys’ tennis crushed Schurr High School in an away match on Thursday, March 15. The squad won a total of 16 games, and only lost two to Schurr. The match increases the team’s overall pre-season record to 7-2.

Singles one, sophomore Desmond Chan, defeated each of his opponents, winning one match 6-4 and the other two matches 6-0. Singles two, sophomore Ben Pestana, also won one game 6-4, and picked up another game 6-0, while singles three, senior Andrew Lee, wiped out two of his opponents, 6-0 and 6-1.

The Tigers will play next on Tuesday, March 20, away against La Canada.