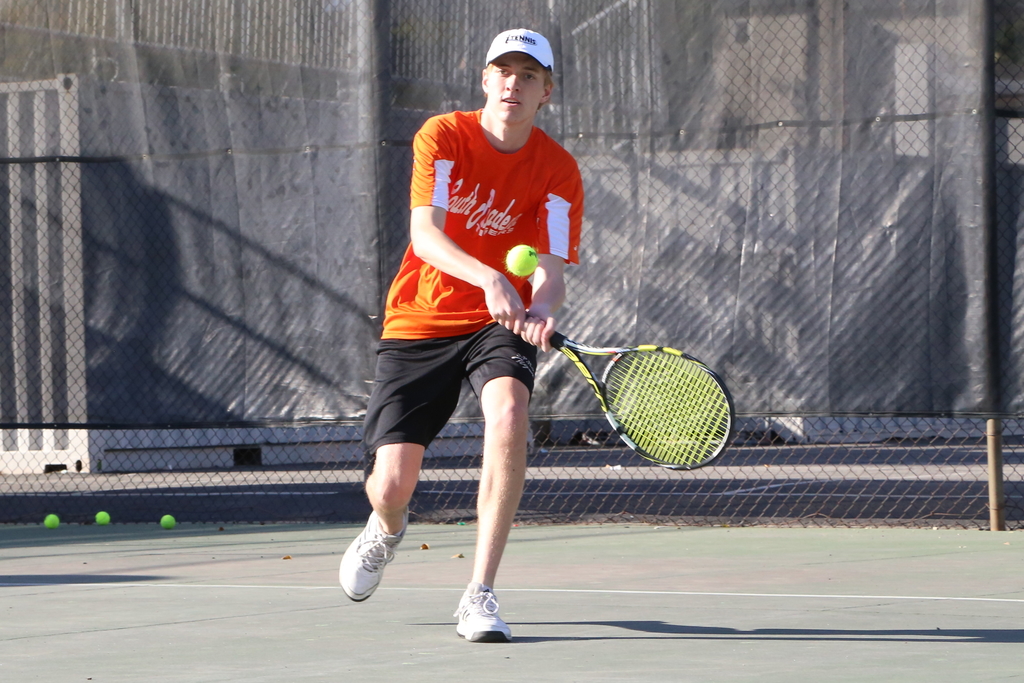 The boys’ varsity team barely held on in a highly contentious match, which resulted in a 10-8 victory away at Mark Keppel. Of the 18 games, three went to a tiebreaker, each resulting in a South Pas win.

The match sets the Tiger’s overall preseason record at 2-1. Despite the match score, many games went in a landslide one way or the other, often ending in a score of 6-0 or 6-1. However, some matches were exceptionally close. Sophomore Ben Pestana, singles two, seniors Ken Koyama and Ryan Summers, doubles team two, and junior Alex Betts and sophomore Evan Strittmatter, doubles team three, all went into tiebreaker points. Doubles teams two and three both defeated their opponents in a tiebreaker 7-5, while Pestana overcame his adversary in a drawn out game, ending with a score of 7-6.

Singles one, sophomore Desmond Chan, won all three of his games, handily defeating his opposition, while Pestana won two of his games 7-6 and 6-1. Doubles teams two and three won two of their games. Summers and Koyama triumphed over Mark Keppel, earning scores of 6-3 and 7-5. Betts and Strittmatter snatched two games 6-1 and 7-5.

Meanwhile, doubles team one, sophomore Sigmund Goodstein and junior Gene Suk, found themselves tilted early into their first game due to unforced errors, winning one game 6-1.

Despite the team’s win, Goodstein, felt he could have played better, “I felt like we weren’t performing the best we could [because] we were choking a lot.”

The boys’ varsity team will play next on Friday, March 9 against Polytechnic at home.