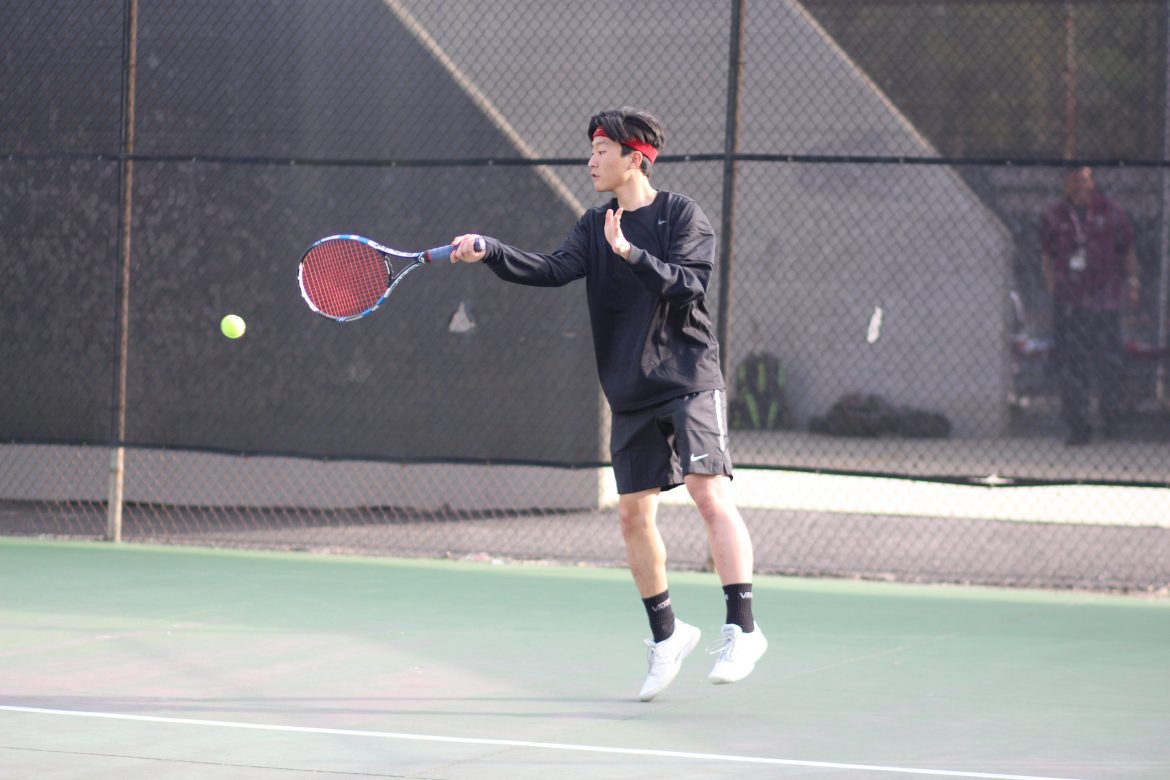 With their two top players out, the Tigers struggled in the singles competition.

With star juniors Desmond Chan and Ben Pestana out, the singles players struggled to compete against the Rebels; each player only garnered one win. Senior James Dekle, singles one, prevailed 6-1 in his last set, while singles two, sophomore Daniel Kim, won his final match 7-5.

Doubles one, juniors Sigmund Goodstein and Evan Strittmatter, won 6-4 and 6-1 after falling in the first set. Senior Eamon Hornish and junior David Newhall, doubles two, also dropped their first game, but rebounded and grabbed victories in their last two sets.

The Tigers will resume league play on Friday, Mar. 29, when they face the Temple City Rams. South Pas, who fell to the Rams 12-6 in the season opener, will look to avoid a season sweep.