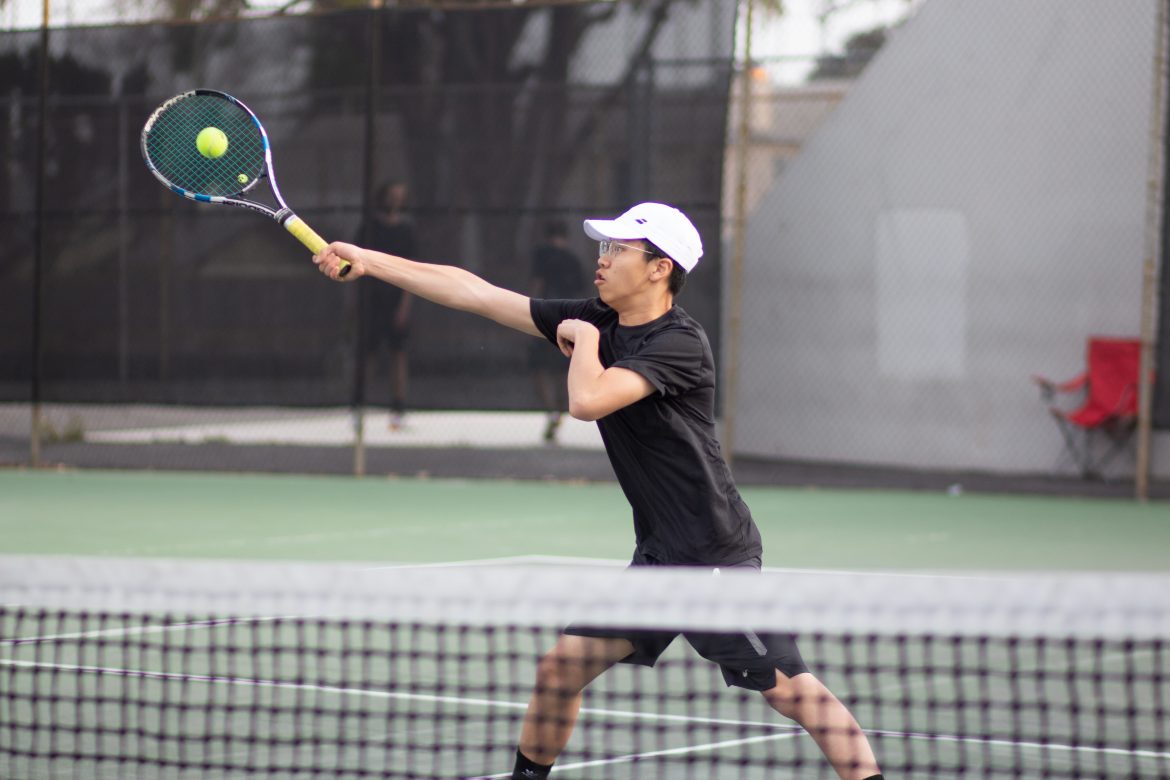 Sophomore David Sohn lunges right to return a ball against the Aztecs. The Tigers will look to build on their back to back wins on Friday, when they take on Schurr.

Chan, singles one, easily won each of his sets to add to his 9-0 record in matches this preseason. Singles two junior Ben Pestana reigned victorious in his first and last match, but was unable to best his second opponent. Singles three senior James Dekle won two matches 6-4 and 6-3.

“I think we played very well,” Newhall said. “We showed a lot of promise and our team is excited to continue through league.”

South Pasadena will look to open a three game winning streak against the Schurr Spartans on Friday, Mar. 1.