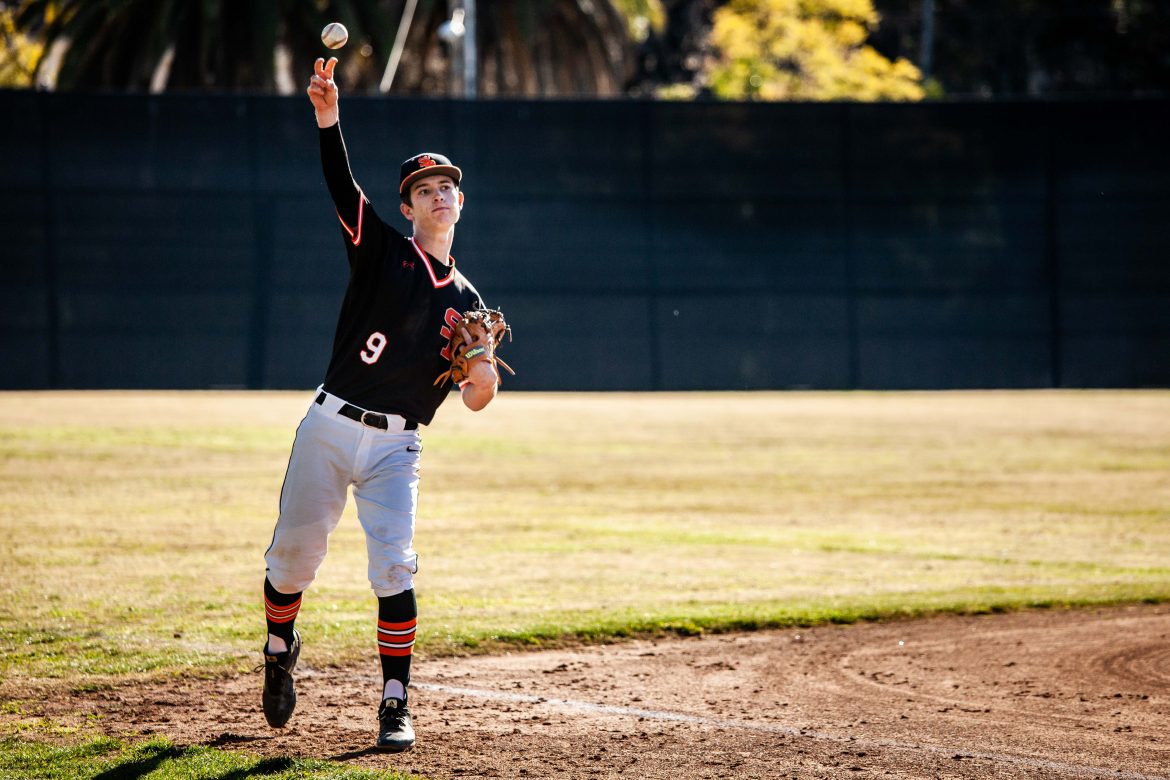 SPHS baseball outclassed the University Wildcats on Wednesday, February 27 by a final score of 14-1. The boys’ combined for a no-hitter and rode a first-inning offensive outburst en route to a victory in the final game of the 2019 preseason.

A three RBI first inning from senior Adam Schroeder and a two run single from sophomore Pablo Guerrero sparked the Tigers’ offensive momentum. Several more timely hits enabled South Pas to jump out to an early 9-0 lead. The Tigers exhibited patience and confidence on both offensive and defensive ends of the game, with just one error and strikeout and a combined four stolen bases.

Potential RHL MVP candidates Schroeder and junior Samuel Luna-Long concluded an outstanding preseason in which they batted .429 and .421 respectively. Senior Noah Parker has once again proved to be the keystone piece in a strong pitching rotation rounded out by seniors Schroeder, Miles Grossman, and Dylan Benton.

The victory brings an end to a mediocre 3-3 preseason for the Tigers. The Tigers will play their opening league game away against the Monrovia Wildcats on Friday, March 1 at 3:30pm.