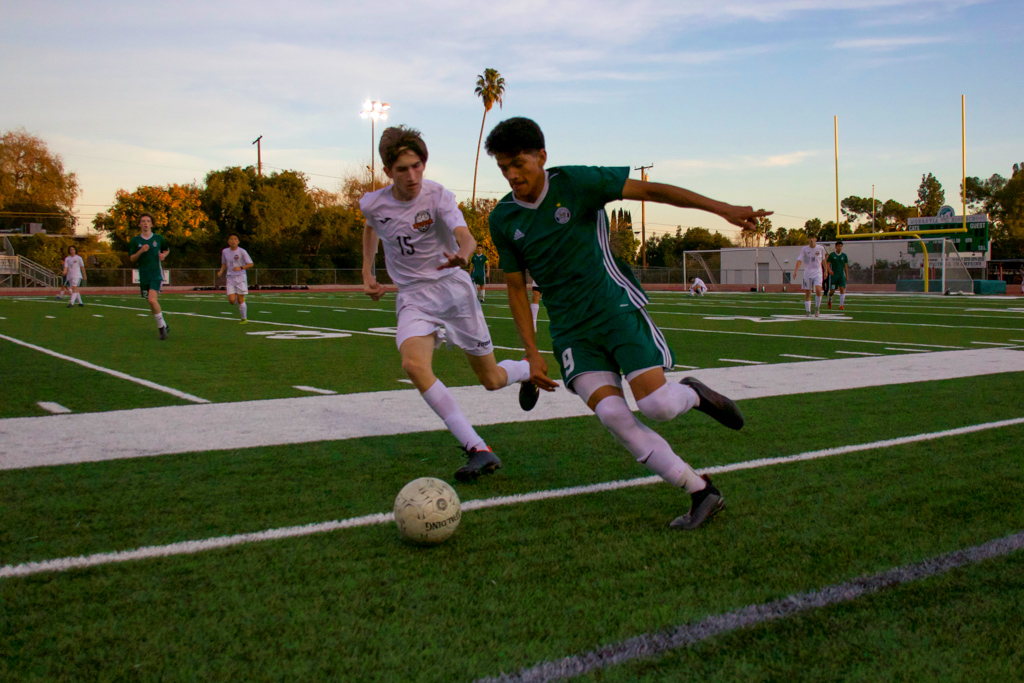 South Pas is currently tied with Monrovia for third place in the RHL.

Boys varsity soccer drew, 1-1, against the Monrovia Wildcats on Friday, Jan. 17, in its fourth league game of the season, making their overall record 4-6-2 and the Rio Hondo League, 1-2-1.

South Pas put themselves in quality scoring chances time and time again in their first half and finally broke through. However, the Tigers didn’t hold onto the lead for long; multiple uncalled fouls allowed Monrovia to sweep behind South Pas and score a goal.

Right out of the gate, the Tigers probed in the Wildcat half and found many scoring opportunities, but couldn’t convert them into goals. Eventually, junior striker Caleb Lee danced around the end line, and scored from an aerial spin kick move, leaving the crowd astonished.

The evenly matched teams, both with a 1-2 RHL league record heading to the match, shared possession of the ball most of the rest of the half. Whenever the Wildcats posed any sort of attacking threat, sophomore goalkeeper Jacob Mills shut them down and maintained his clean sheet.

However, near the end of the half, the Monrovia tainted the Tigers’ clean sheet. South Pas expected a foul to be called, but the referees refrained from whistling the play dead. The Wildcats caught the Tigers off guard and earned themselves a goal.

In the final 40 minutes, poor refereeing continued to plague the game, which devolved into a sloppy, physical game with erratic passes and aggressive challenges. For the remainder of the match, both teams struggled to complete passes and South Pas locked in the 1-1 tie against Monrovia.

“The point earned today is important because of our poor record at home. We created opportunities to score, but were unable to finish. In the closing of the second half, we had the momentum but just couldn’t cap off the game,” senior co-captain Braden Wong said.

The Tigers will challenge the San Marino Titans at home on Wednesday, Jan. 22.