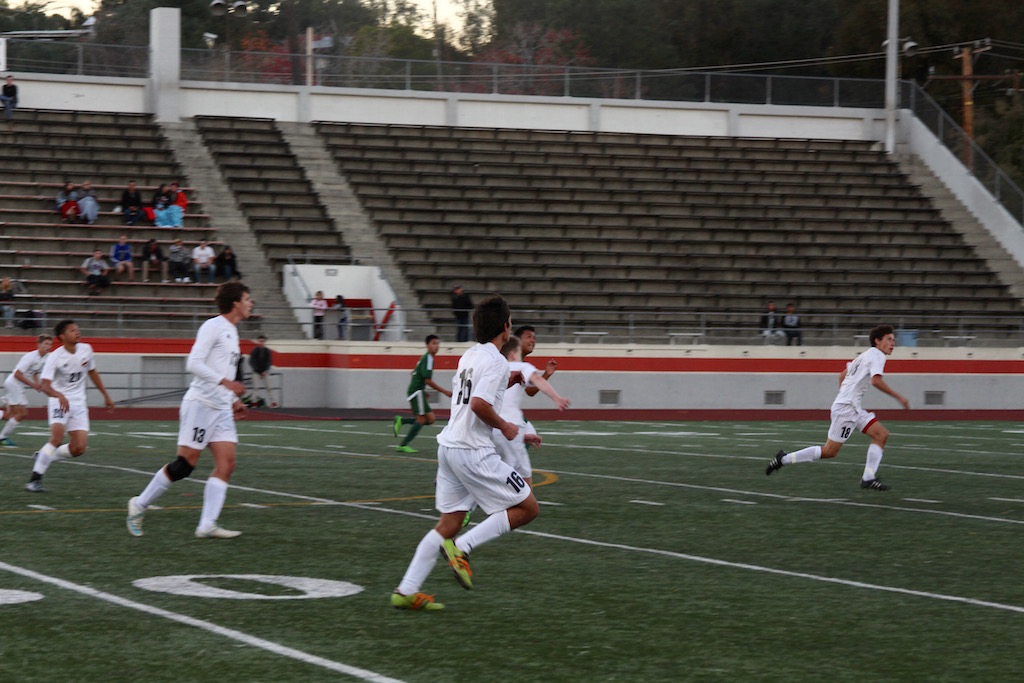 The boys’ varsity soccer team’s preseason debut ended in a 0-0 tie against the Burbank Bulldogs last Tuesday, November 29 at home.

From the start, South Pas showed an advantage against their Bulldog counterparts. The Tigers continuously struck against Burbank’s defense throughout the first half, with junior Jack Renken muscling past the opposition on most of the team’s drives into Bulldog territory. However, the Tigers were unable to capitalize on any of their possessions, falling short on their shot attempts or turning the ball over to the defense.

The second half of the game didn’t fair any better for either team. Both teams ate up the clock by taking deep drives into each other’s territory that ultimately ended in a defensive stop. The closest the Tigers would get to a goal came off of a free kick by sophomore Raymond Yeo, which ended in a miss above the crossbar.

Neither teams would generate an effective offensive run for the rest of the game, causing an eventual draw.

“I think our main goal is going be to work on being able to finish offensively,” senior goalkeeper Kevin Foster said. “It was pretty obvious we dominated with possessions and shots on goal, but putting the ball in the net was our biggest issue.”

The Tigers hope to find more success against their next opponent, Marshall Fundamental, at home on Tuesday, December 6.