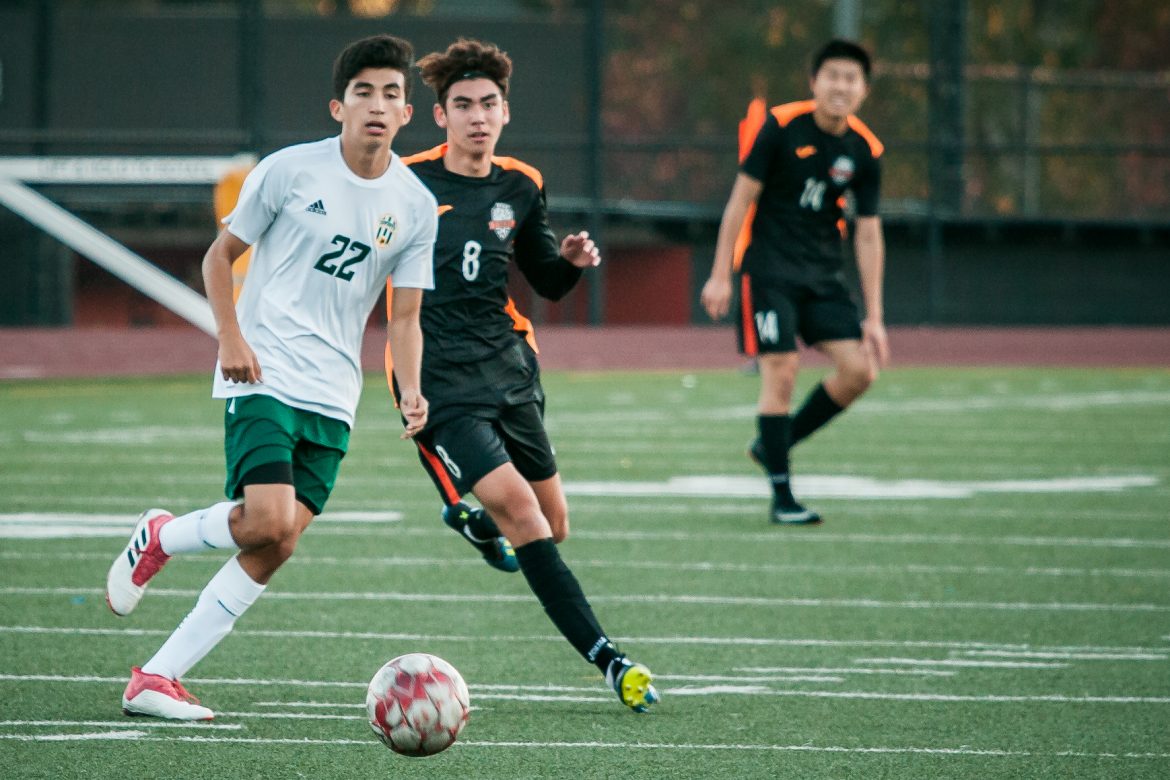 South Pas will look to bounce back in their next matchup against La Cañada.

Boys’ soccer suffered a 2-0 loss in an away league match against Temple City on Tuesday, January 8th. The Tigers were vulnerable to the Rams’ quick forwards, and were unable to manufacture offensive pressure of their own. The team now sits at a 1-1 record in league play.

The South Pas team struggled to gain any ground throughout the first portion of the first half. The Rams’ slippery and agile midfielders proved difficult for the Tigers to contain, and any offensive efforts were quickly dismantled by the Rams’ sturdy defense. Even so, the South Pas defense put up a valiant effort in preventing Temple City’s advance, with junior Ian McLane and senior Sage Pierone being among those to shine during the team’s defensive endeavors.

Midway through the first half, a Temple City striker found his way through a tight gap in the Tiger formation, dribbling the ball all the way to the South Pas goal. Both teams immediately clustered to seize control of the ball, leaving little way for the Tigers to anticipate an incoming kick. Unfortunately, the exchange resulted in a header from a Ram midfielder that proved just out of reach of the Tiger goalkeeper, giving Temple City the first goal of the match.

The second half proved equally problematic for the Tigers, and the South Pas offense was unable to control possession. Back-and-forth exchanges filled the remaining time on the clock as the Rams looked to wear out their opponents before any comeback could take place. Within the last ten minutes, Temple City sealed the game with another goal. The Tigers fell silent as the match was decided 2-0 in favor of the Rams, marking their first loss of the season.
The boys’ team, hopeful to begin a new streak of success in league, is scheduled to play La Cañada on the road on Friday, January 11.