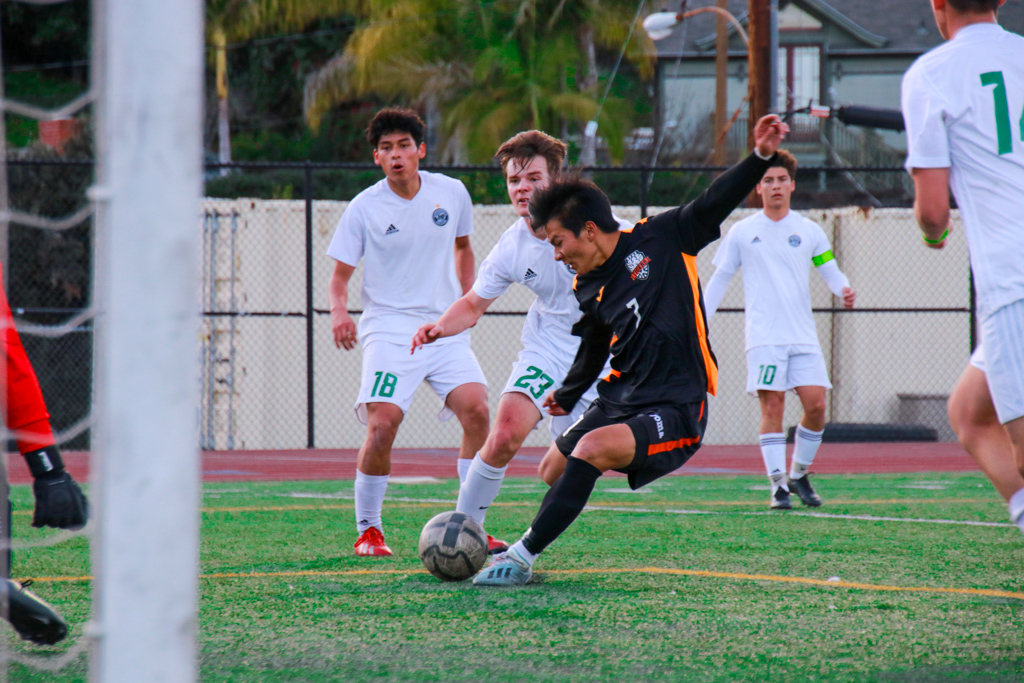 Junior Caleb Lee scored a brace, including a long-range goal in the second half to cap off a 4-2 win.

The game remained close throughout the first 50 minutes. Whenever one side scored, the other quickly responded. Finally, South Pas sharpened its offense, collected two more goals, and left with a 4-2 victory.

Right off the bat, the Wildcats capitalized on the Tigers’ weak defense and scored off of a rebounding header. Monrovia’s first half performance was well-rounded, allowing them to maintain control of the ball and aggressively steal from the Tigers.

Monrovia attempted to extend its lead, but senior goalkeeper Iggy Quibillian tightened up his play and kept the ball out of the net for the rest of the half.

Towards the end of the first half, South Pas grabbed the ball and began a stretch of possession in Monrovia’s half. Senior Braden Wong was able to score and set a 1-1 tie at the end of the half.

In the second half, the Tigers’ attacking energy and focus drastically increased. Five minutes into the second half, junior striker Caleb Lee fired a close shot right past the Wildcats’ goalkeeper.

Monrovia quickly bullied its way to another goal, knotting the score, 2-2. However, two Wildcats earned red cards, handing the Tigers a huge advantage.

With 15 minutes left in the play, the Tigers hogged the ball and easily exploited the nine player Monrovia side. Junior Aaron Cho, with an assist from Lee, was able to dribble Sports around the Wildcats and score, while Lee rammed a long shot from the far right that soared past the keeper. Consequently, the Tigers took home a 4-2 win.

“Our mental game was strong yesterday. They talked a lot of trash, but we still played our game. The midfield dominated and created chances for us to score,” Wong said.

The Tigers will play their last league game against their rival school, the San Marino Titans, on Thursday, Feb. 6, on the road.