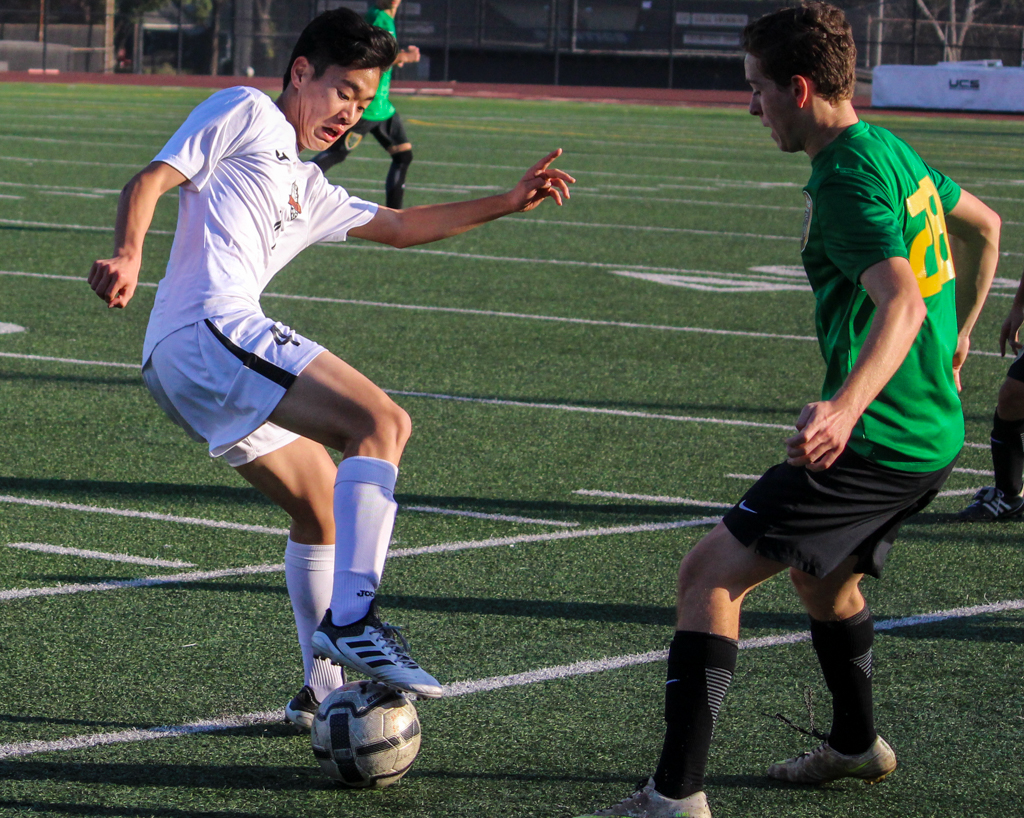 South Pasadena boys’ soccer reigned victorious a must-win game Tuesday, February 6, beating Temple City 3-0. The Tigers, who moved into third place in the Rio Hondo League with the win, are one win or tie away from playing in their second straight postseason.

South Pas struggled to find any offensive rhythm in the first half. The Tigers failed to win the 50/50 balls, which caused the ball to stay near midfield for most of the half. Temple City had the best scoring chance in the half, but hit the crossbar just high. The rest of the half moved on with little offensive action, ending in a scoreless tie at halftime.

The Tigers were quick to pounce on the Rams coming out of halftime, as senior Jack Renken gave the team their first lead of the game. Renken’s 18th goal, which is best on the team, came courtesy of sophomore Reo Snyder, who had sent a perfect pass past the Rams defense to set up his teammate.

South Pas continued to pressure the Temple City defensive front with more shot attempts from Renken, Snyder, and freshman Caleb Lee. For most of the half, these opportunities didn’t pan out for the Tigers. However, in the last five minutes, South Pas managed to capitalize on open shots to score twice more and blow open the game. Senior Niko Tripodis scored both of the second half goals for South Pas off assists from Snyder and junior Jonah Beadle, which brought the score to 3-0 in favor of South Pas.

The Tigers proved their ability to win in pressure games with the league victory over the Rams. As a win-or-go-home, the team proved that they deserve a postseason spot, even after the many ups and downs of the season. Now, with a Temple City loss against Monrovia or a South Pas win or tie against Blair, the Tigers will be advancing to CIF playoffs.

South Pas’ final game comes against Blair on Thursday, February 6. The Tigers defeated the Vikings in the last game by a score of 5-1.