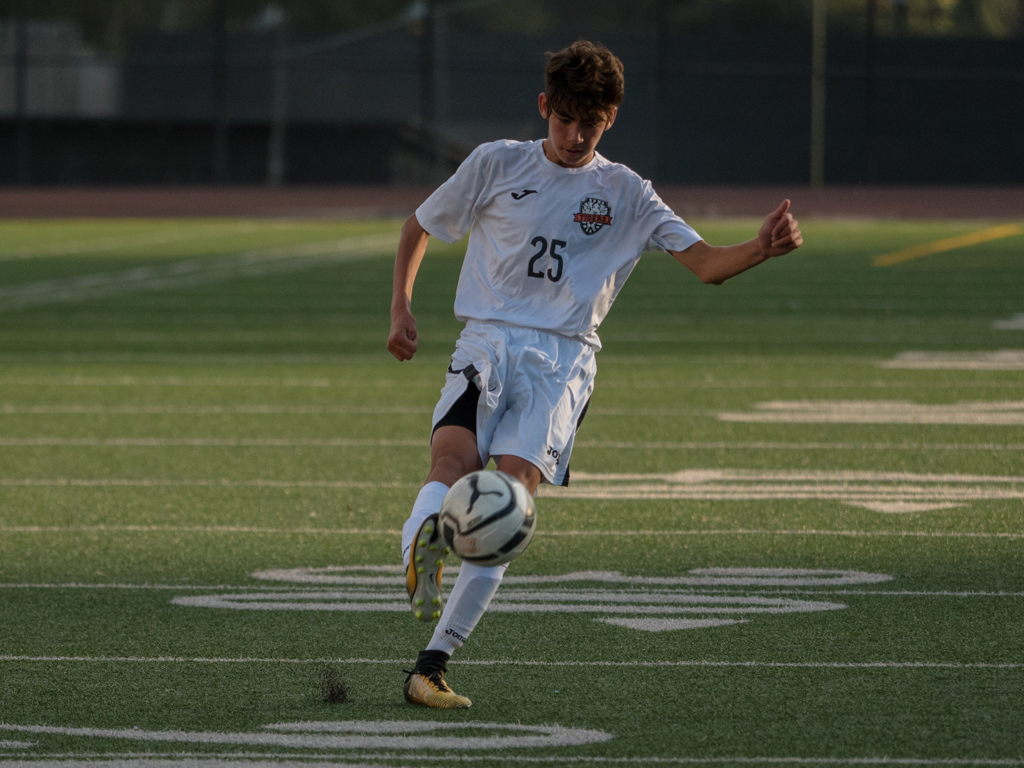 A seven goal offensive onslaught in the second half was more than enough for the Tigers to put away the visiting Aztecs.

South Pasadena boys’ soccer won its first game of the season in a decisive 9-0 game against Mark Keppel on Thursday, November 15. The Aztecs were unable to control the ball for any period of time against the Tigers’ overwhelming defensive presence.

South Pas established dominance over its opponents early in the first half. Senior Henry Barbera managed to break through the unprepared Aztec defense and scored the Tigers’ first point. Mark Keppel attempted to recover from their daze, but it was clear that the team’s efforts were in vain, as Barbera scored South Pas’ second goal midway through the first half. The half closed 2-0, leaving it evident that the visiting team would require a change in strategy to match the Tigers’ skillful offensive maneuvers and tight defenses.

The first few minutes of the second half marked the Aztecs’ strongest attempt at a comeback. Though the team managed to momentarily breach the Tigers’ defenses, their openings resulted in only a handful of kicks that met the awaiting clutches of their oppressors. Clearly drained, Mark Keppel was forced to watch as goal after goal was secured by the South Pas team. The Tigers scored another seven points during the second half thanks to the offensive efforts of Barbera and junior Braden Wong.

The visitors put up little fight as the final minutes of the match came to an end, granting the Tigers a crushing 9-0 victory in their first match of the season.

The boys’ team hopes to follow up on their success in its next match in two weeks, where the Tigers are scheduled to face the Gabrielino Eagles away on Tuesday, November 27.