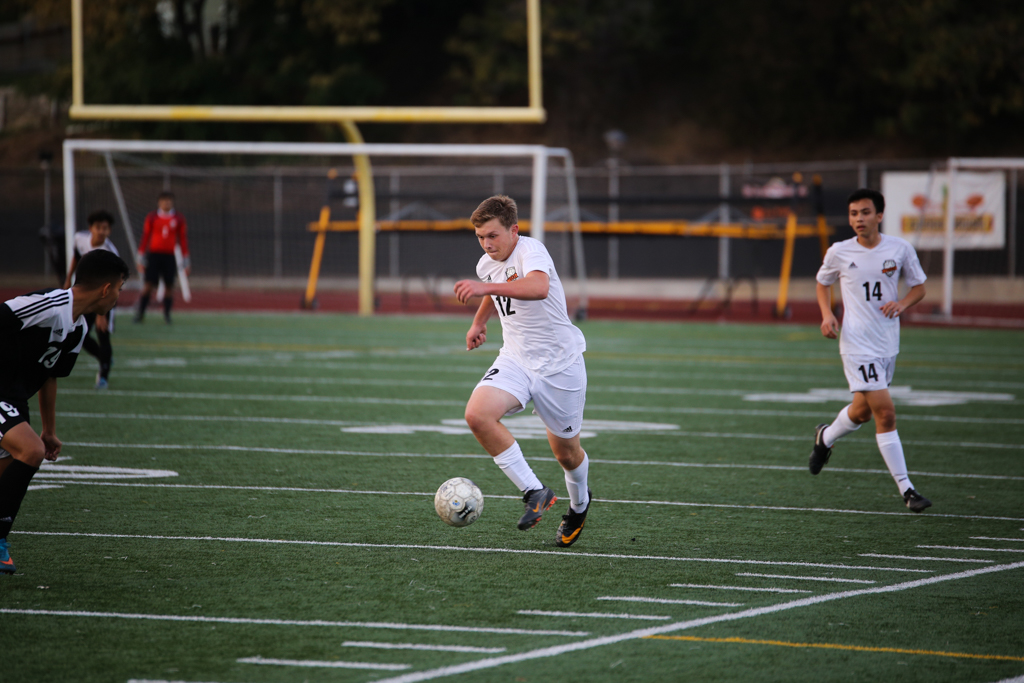 The boys’ varsity soccer team fell to the Sierra Vista Dons by a score of 4-1 at home on Friday, December 4. The team now stands at 0-2 in the preseason.

The Dons took command soon after kickoff with a goal from a corner kick, making the score 1-0. The Tigers attempted to recover, but the Dons were persistent and made the score 2-0 with a through pass that penetrated the South Pas defense. The Tigers started to focus more on defense from this point, and prevented Sierra Vista from scoring for the remainder of the half.  Sophomore striker Jack Renken had several notable runs down the line, but all were foiled by the Don’s defense. Senior defender Tim Hitchcock stopped an offensive through ball to keep the deficit at two and remained a solid defender throughout the remainder of the game.

The Tigers had a few more offensive attempts as the first half progressed. Senior midfielder Oskar Hernandez passed to senior striker James Tulin in the box, but the Sierra Vista goalkeeper gained possession. South Pas also had several free kicks, but they deflected off of the defensive wall and went out of play.

South Pas gained some momentum in the second half as they had several more offensive runs and kept the pressure on the Don defense. Junior midfielder Max Amido completed a corner kick to Tulin, who volleyed the ball into the back of the net, making the score 2-1. Once the Dons recovered and got the ball to their strikers, sophomore Hank Rainey shut down a fast break that was just outside of the goalkeeper’s box.

Controversy was apparent throughout the match as two yellow cards and a red card were given. The teams played very physically as both sides would pull at jerseys and elbow one another. The red card was a major blow to the Tigers as junior goalkeeper Kevin Foster collided with a Sierra Vista striker and had to come out. South Pas tried to overcome this obstacle but the overpowering Don offense scored two more to make the final score 4-1.

“I am still hopeful that we will have a strong season,” junior Mathew Kramsch, “We need to connect better among the midfielders to have better scoring opportunities.”

The Tigers will try get in the win column when they face Basset High School on Wednesday, December 9, on the road.