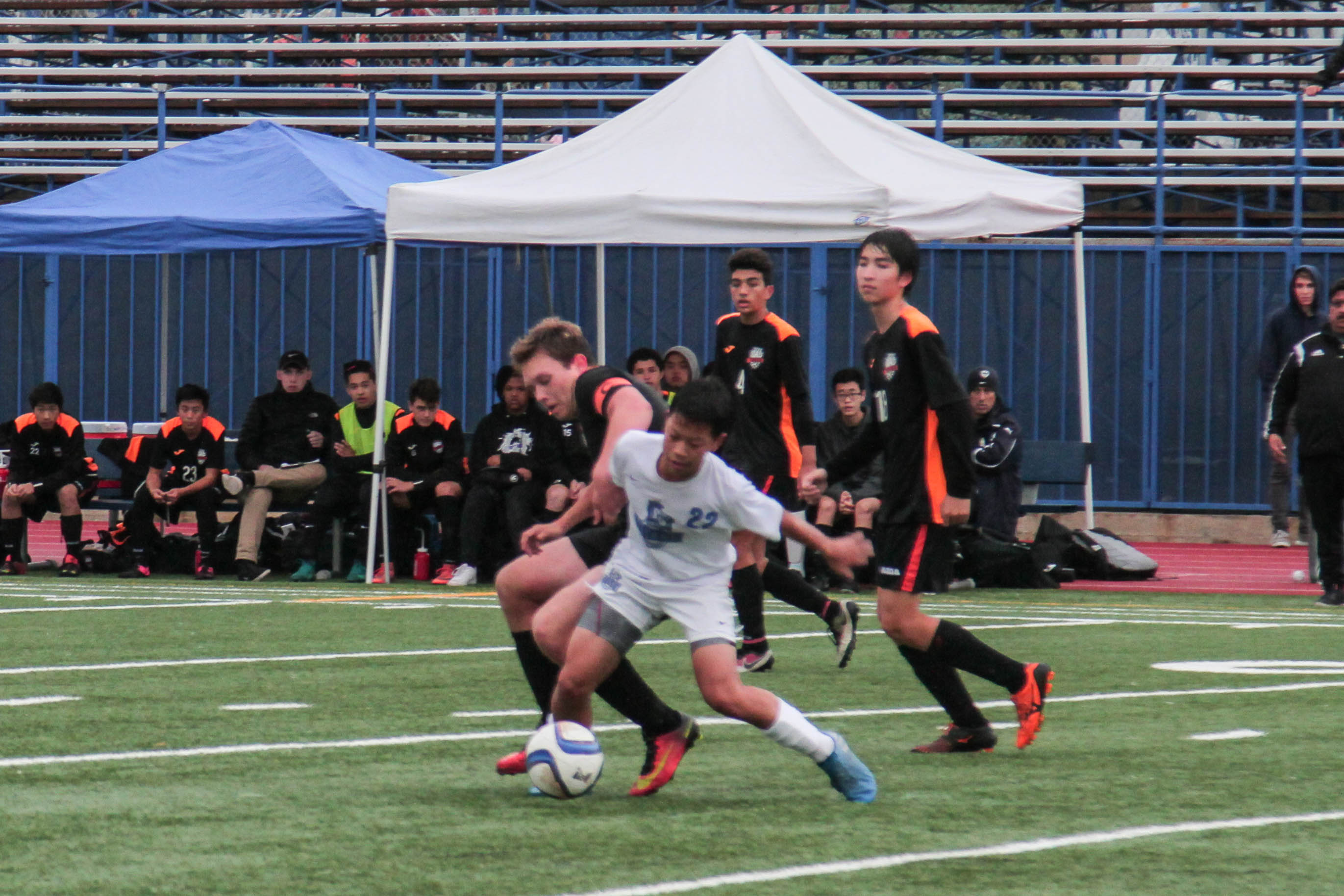 Boys’ soccer registered its fifth consecutive victory in league after putting away the Titans on the road with a final score of 3-1 last Tuesday, February 7. The Tigers now stand with a 7-2 record and hold the second place spot in league.

South Pas came into the game off of two stellar performances against Temple City and Monrovia High Schools as they compiled an impressive seven goals to the oppositions two goals.

Although the Tigers seemed to have the upperhand in the game, their first half performance didn’t measure up to expectations. South Pas failed to register a single shot attempt for the entire half as they spent much of its time on defense. Senior goalkeeper Kevin Foster served as an integral part of the defense as multiple Titan drives came to a halt by his playmaking skills. Unable to develop an offensive rhythm, San Marino continued to pummel Foster in the goal with shot after shot on him until a deflection allowed the Titans to fire another kick into the net, giving San Marino the lead 14 minutes into the half. The closest the Tigers would come to reaching the goal came off of a breakaway run by junior Niko Tripodis, whose shot was blocked by the goalie late in the half.

Unfazed by the Titans’ lead, South Pas returned in the second half with a higher-octane offense than before. Quality passing and ball control eventually put junior Jack Renken in ideal position to score. After breaking down the defense and timing his shot perfectly, Renken tied the game at 1-1 only three minutes into the second half. The Tigers newfound momentum allowed them to push the ball into Titan territory on their next drive. After San Marino committed a foul near the goal, Renken lined up and scored a second goal past the Titans wall and goalkeeper to take the lead at 2-1.

From here, the shift in momentum allowed South Pas to continue attacking the net. Off of two breakaway plays from senior Brian McKenzie, the Tigers gained the overall advantage on the field but had trouble finding the net to put the game out of reach for the Titans. Shot after shot was fired at the goal until Renken managed to connect on yet another breakaway late in the game, giving South Pas a 3-1 lead. From here, subs were put in and South Pas proceeded to run down the clock.

“It feels good to get another win,” Foster said. “We’re making plays downfield and it seems like we’re waking up but it’s also taking us a bit of time. [As for our next game] it’s going to be a tough game facing off against La Cañada. They’re always big, they’re always strong, they’re always fast, but I think we can get it done.”

The Tigers look to cap off Rio Hondo League with their final matchup scheduled against powerhouse La Cañada at the Spartans’ home field next Thursday, February 7.