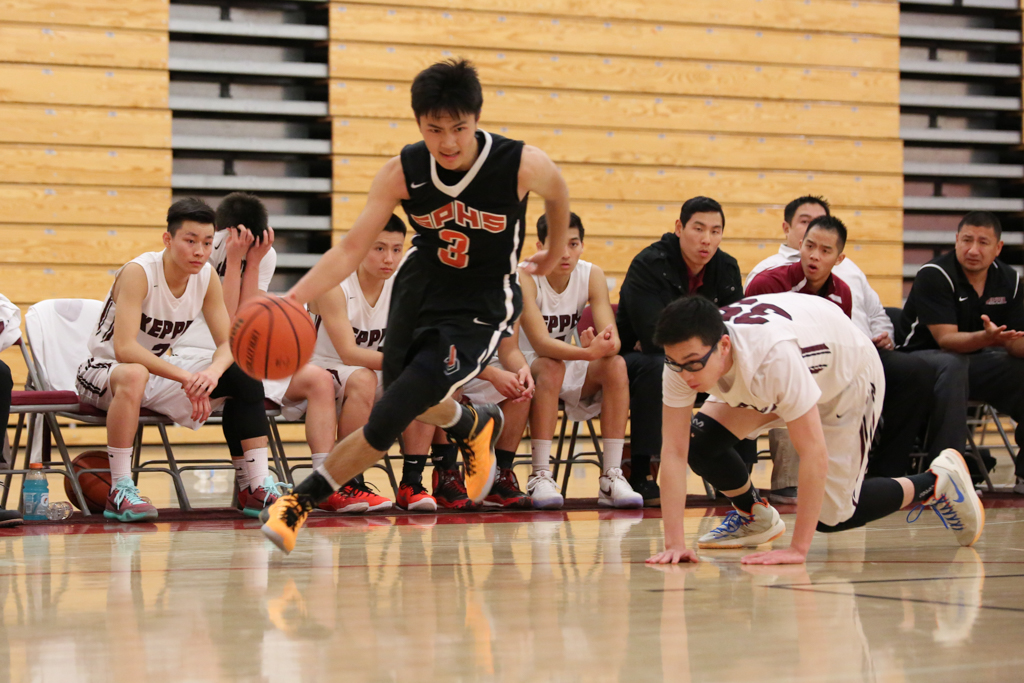 Both teams displayed tough physical defense with the Tigers and Aztecs pulling out all stops against their opponent. Junior Matt Scholtz marked first blood for the Tigers with a two point layup. Senior Ray Arismendez followed up with a three pointer and assisted an alley oop layup for Scholtz to give the Tigers strong momentum against Mark Keppel. However, the Aztecs found rhythm in shooting and after a corner three pointer from the home team extended Mark Keppel’s lead to 15-7 by the end of the first quarter.

South Pas returned to the court with lockdown defense to contest the red hot Aztecs. Despite the Tiger’s intensity, Aztec player Todd Kitagawa knocked down decisive nine points from the corner to quickly put the game out of reach for South Pas. The team also lost senior Alex Nakagawa when he walked off the court with a hand related injury. The Aztecs’ control of the floor extended their lead to a 35-15 first half.

Mark Keppel’s outside shooting proved to be too effective for South Pas to overcome; the Tigers were falling behind with a 20 point gap. After subbing in the the team’s second string lineup, the Tigers lost another player; sophomore Ben Kent to a hand related injury and was walked off to be treated. Neither Nakagawa or Kent would return to the game.

In the end the Aztecs three point shooting proved to be the team’s advantage over South Pas. The Tigers generated some momentum in the fourth quarter with multiple free throw opportunities and layups but in the end it was too few and too late to make a difference in the game. The Tigers left the gym with a dismal 60-34 loss.

South Pasadena looks to climb back to a .500 record in the team’s next game against San Gabriel High School at home on Friday, January 8.