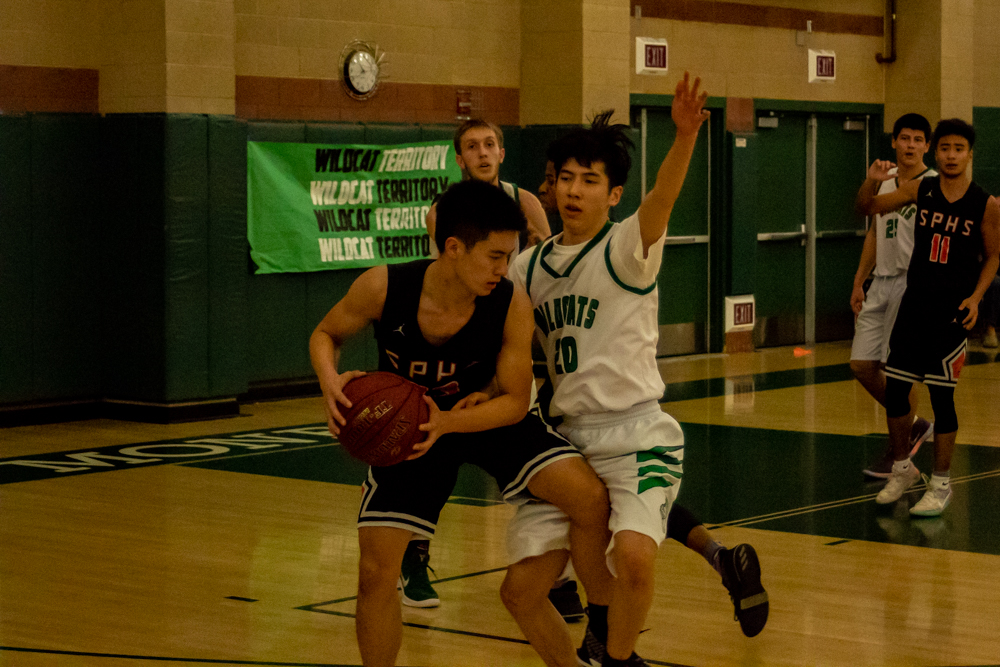 Boys’ basketball’s CIF playoff chances took a significant hit after a costly 64-55 loss to the Monrovia Wildcats on the road on Saturday, January 26. South Pas had difficulties rebounding all night long and were never able to open up a sizeable lead against the Wildcats, whom they previously beat with little difficulty. With the loss, the Tigers must go 2-0 in their last two games to have a good shot at receiving an at-large CIF bid.

Senior Ryan Chuang got the Tigers off to a quick start with a driving layup, but South Pas quickly fell behind due to their inability to box out the Wildcats. Seniors Sebastian Au-Rivera and Louis Jamerson, made their returns to action tonight after sitting out of the La Cañada game with ankle injuries, attempted to provide a spark for the Tiger offense. Au-Rivera knocked down a three in the opening period and Jamerson scored on a fastbreak layup but the Tigers were unable to separate themselves from the Wildcats. Au-Rivera would finish as the Tigers’ leading scorer with 14 points.

In the second quarter, senior Kai Jones applied intense on-ball pressure to force two steals; he was able to finish one for an and-one breakaway layup. Jones would knock down a three shortly after, but the Tigers were unable to execute on defense to complement their offensive play. Weak rebounding and missed defensive assignments ended the half in a 30-25 deficit for the Tigers.

The Wildcats came out hot after the break and outplayed SPHS in the third quarter. Monrovia took advantage of South Pas’ weak interior defense, sinking corner threes to open up a 10 point lead going into the fourth quarter. However, South Pas began to mount a comeback late in the fourth quarter. Jones connected from downtown and senior Jack Gordon finished an and-one layup to bring the Tigers within two possessions with two minutes left. Unfortunately for South Pas, turnovers and an inability to get crucial stops at the other end would put an end to their comeback hopes.

South Pas will look to bounce back with a win against Blair on Tuesday, January 29th, and more importantly, remain healthy against the last place Vikings. The Tigers project to have little trouble against Blair, with their senior night matchup against Temple City looming larger.