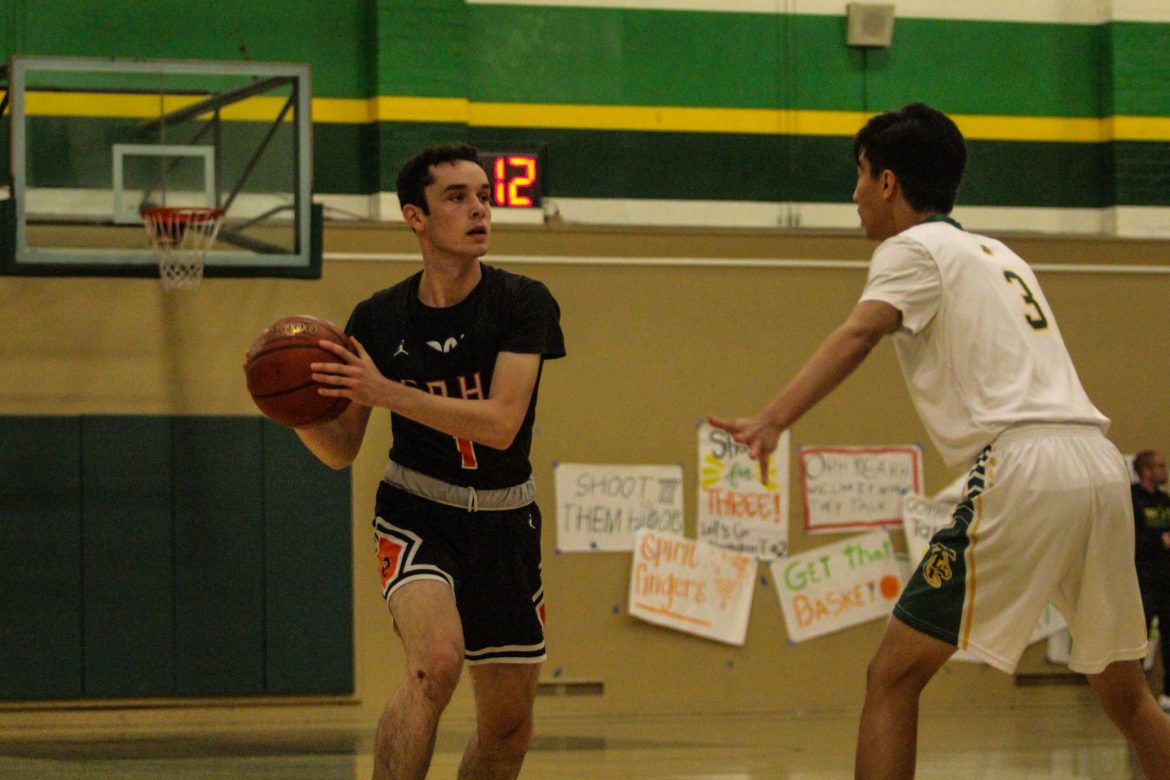 Boys varsity basketball team lost to Temple City, 71-58, on Friday, Jan. 31. The Tigers lose the season series against the Rams and move down to 4-4 in the Rio Hondo League and 17-8 overall.

The first quarter kicked off with a splurge of three-point offense from both teams. With each three-pointer the Rams made, the Tigers responded with a two and fell behind 9-4 early on. However, South Pas finished the quarter with two consecutive triples to take a 19-16 lead.

In the second period, Temple City sprinted out of the gate with a fast 8-2 run. The Tigers were unable to slow down the Rams’ small forward, who poured in 19 points in the quarter.

Despite Temple City’s scoring outburst, South Pas maintained its composure and responded each time to draw within three at the end of the half, 39-36

The third quarter continued in low-scoring fashion. South Pas knocked down two treys, but gave up three more on the defensive side; Temple City headed into the final eight minutes with a 52-45 advantage.

The Tigers attempted to make up lost ground with senior Preston Sharkey and sophomore JJ KIm each nailing a triple, but the Rams’ offense continued to dominate. South Pas struggled to keep up with Temple City’s hot shooting and fell behind by 11 points halfway through the period. The Rams hung on to grab the victory, 71-58.

“[The] loss hurt, since it was one that we really thought we were prepared for,” senior Alan Quan said. “We played hard, but we had many mistakes that I am confident that we will overcome. With two games left in league, our focus is now on finishing league strong and fighting for playoff contention.

The team will host Monrovia for its Senior Night on Tuesday, Feb. 4.

School board switches to district-based elections after legal allegations