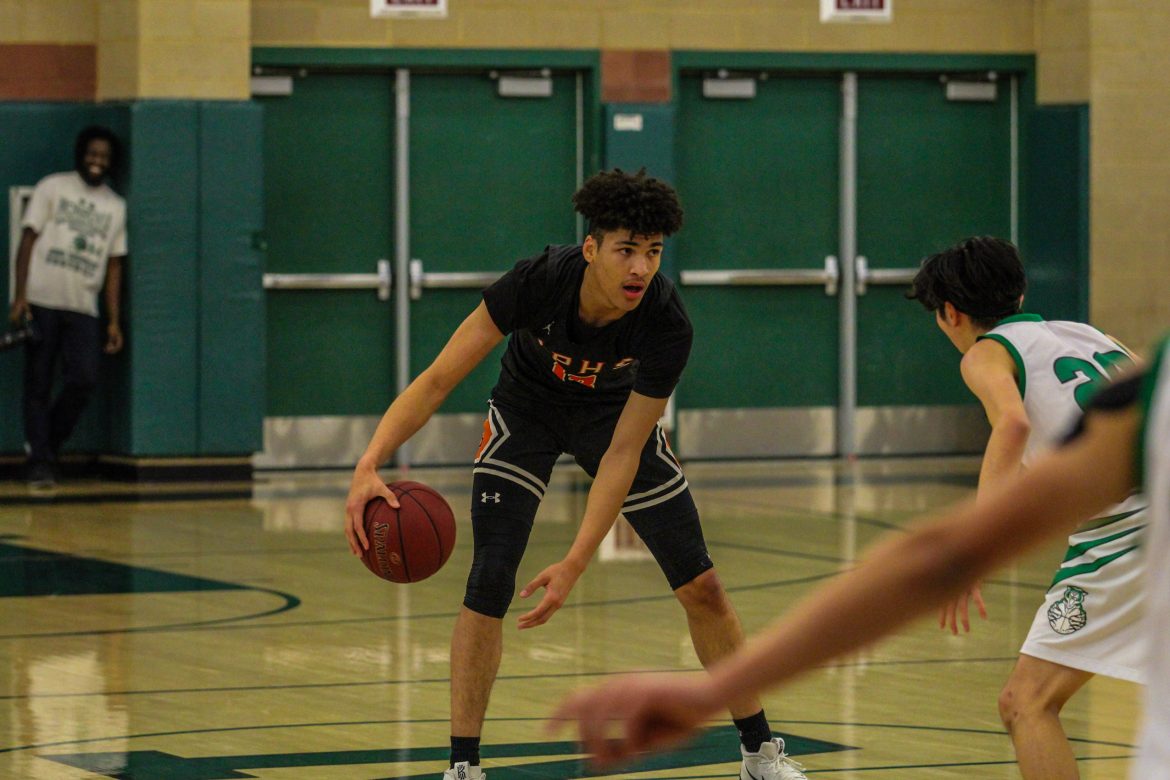 Seniors Billy Reed III (above) and Alan Quan outscored the Earwigs themselves, 56-48.

Senior Alan Quan came out of the opening tip firing on all cylinders. Quan made hit four first half threes, while Reed earned inside buckets. However, the Tigers committed careless turnovers, which kept the first quarter score close.

In the second quarter, sophomore Johnny Guy tallied a multitude of steals and sparked a quick Tiger run to increase the lead to double digits. Still, the Earwigs responded with tough contested jumpers to remain within striking distance.

In the second half, Dunn’s offense stalled while South Pas continued to dominate. The Tigers cranked up the pace and began to pull away in transition, as Reed threw down multiple fast break slams. South Pas relentlessly piled on the triples and layups en route to a 77-48 win.

“Winning our first CIF game in five years felt amazing, but it’s only one game. We want to keep pushing and make a deeper run into the playoffs,” Quan said. “We all share the mindset of win or go home and we really aren’t ready to go home.”

The Tigers will play in the second round of CIF at Whittier on Friday, Feb. 13.