Boys basketball drops to Whittier in CIF second round 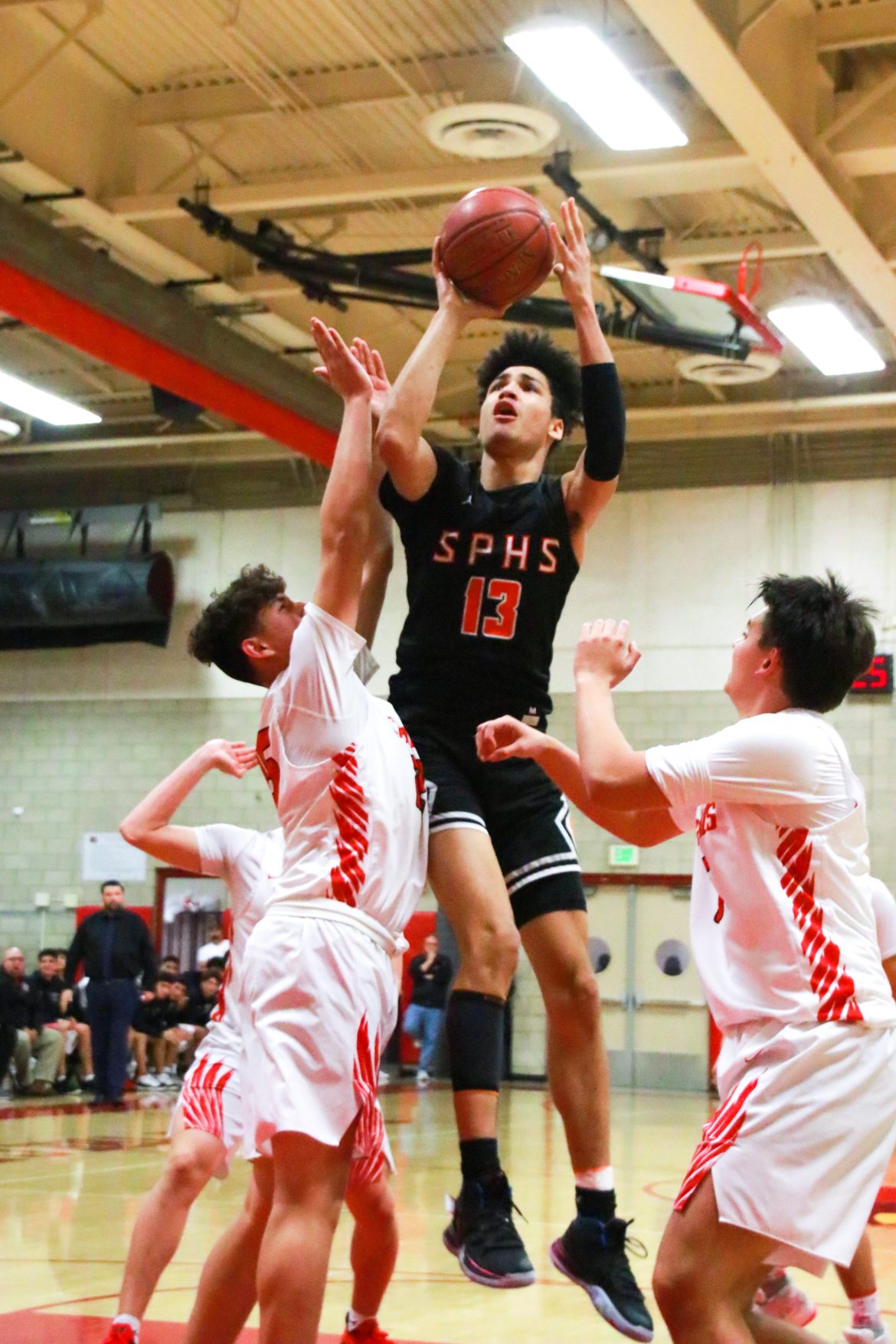 Whittier outscored South Pas, 36-14, in the second half, dooming the Tigers' chances of advancing.

Boys basketball stumbled against the Whittier Cardinals, losing 61-35 in the second round of CIF on Friday, Feb. 14. The Tigers ended the season with an 18-12 overall record.

Both teams proved to be tough matches for each other and the beginning was a slow defensive brawl. Strong defenses kept shooting opportunities rare, ending the first quarter 12-11 with the Cardinals ahead.

The Tigers offense struggled to get open shots and failed attempts to feed the ball to senior Billy Reed III in the post. Reed’s height advantage proved to be no match for Whittier’s tight defense as entry passes often led to turnovers.

Despite the lack of successful post play, South Pas racked up points in transition. The Tigers picked up momentum, with multiple passes leading to layups from seniors Alan Quan and Preston Sharkey. The team ended the first half trailing, 25-21.

Multiple Whittier fouls gave South Pas opportunities, but the Tigers were unable to generate any consistent offense, scoring only six points in the period. The Tigers’ offensive struggles put them in a 15-point hole heading into the final period.

Whittier continued to connect from range while South Pas’ offense repeatedly came up dry. The Cardinals finished the game on a 20-9 run to win, 61-35.

“[Losing] was definitely difficult for a lot of guys, especially the seniors, knowing how hard we worked. A lot of our success this season stemmed from the very profession coaching staff that has changed the culture of South Pasadena basketball. ” senior Rodney Ortega said. “I believe we have set a great example for the younger guys of what South Pasadena basketball will look like for years to come.”

Although the loss marked the end of the Tigers’ short CIF run, this season has been the farthest South Pas has made into the playoffs since 2015. The team dominated early on, starting the year 9-0, and tied for third in the Rio Hondo League. Next season, boys basketball will hope to continue this success and reach the playoffs for a second consecutive year.