Boys’ basketball defeated by Mark Keppel on the road 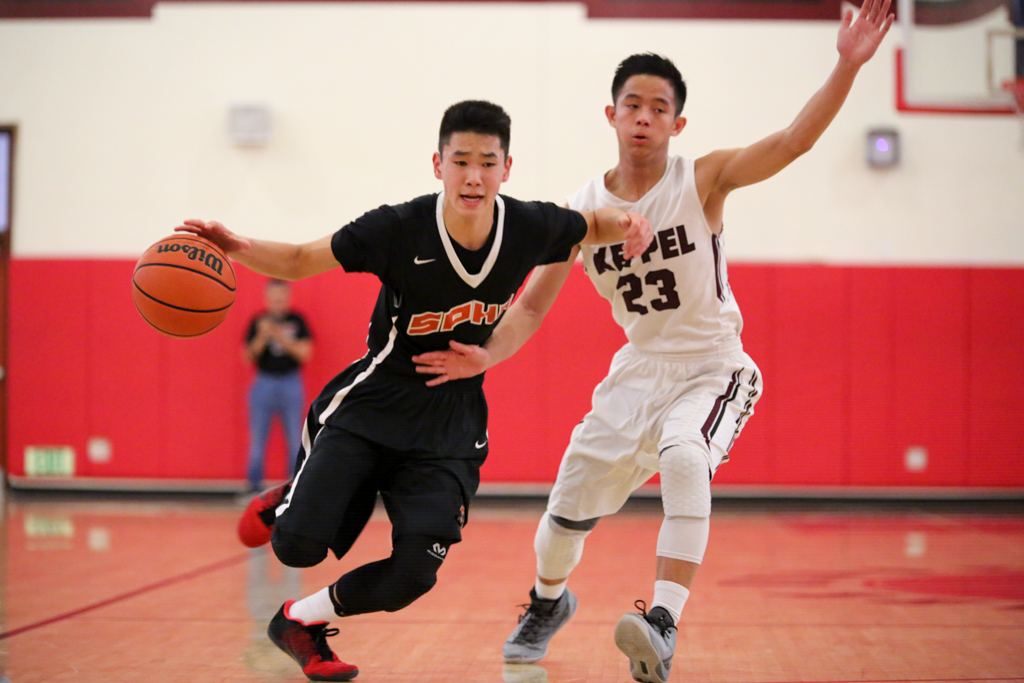 Boys’ basketball lost its eighth preseason game of the year to the Mark Keppel Aztecs, 51-38, on Saturday, January 7. The two teams tipped off around two o’clock, in the “Home of the Aztecs”, with the grey afternoon sunlight pouring through Mark Keppel’s large gym windows.

The game was marred by sloppy ball movement and poor mental endurance, which allowed Mark Keppel to methodically disrupt South Pas’ offense. Despite seeming to have the physical tools necessary to complete, the Tigers were not able to maintain control under the scrutiny of Mark Keppel’s superior press. South Pasadena players were often forced to fight desperately around the basket in order to retain possession and compensate for their lack of ball control. The Tigers’ record stands at 6-8 following the loss.

Senior Matthew Scholtz goes up for a lay up.

The two teams played a sloppy first quarter, which yielded only 11 points of total offense.  Facing an 8-3 deficit entering the second quarter, senior captain Matt Sholtz helped South Pas forge a small, short-lived comeback. The captain scored twice in fastbreak, while making key contributions on defense. Sophomore Sebastian Au-Rivera knocked down a big three shortly after in order to draw the score to 15-14.

The second half was largely defined by South Pas’ final attempts to reenter the game.  The combination of Scholtz and senior captain Lucas Fox continued to threaten the Aztecs lead in the third quarter. The two put together a reel of highlights, including an impressive alley oop.  They were assisted by the diligent grind of junior Benjamin Kent, who helped South Pas to establish a small presence in the paint. Despite their combined efforts, the team could not overcome its own egregious mental errors.

The uneventful second half was outlined by Mark Keppel’s loud Head Coach. When the bleachers fell still, his voice echoed above the the grunting players.  He commanded the Aztecs as they dashed away the remnants of South Pasadena’s hope with timely threes and vicious defense.

The Tigers will prepare to face off against the San Gabriel Matadors on Monday, January 9.

Boys’ Basketball Dominated on the Road by San Gabriel