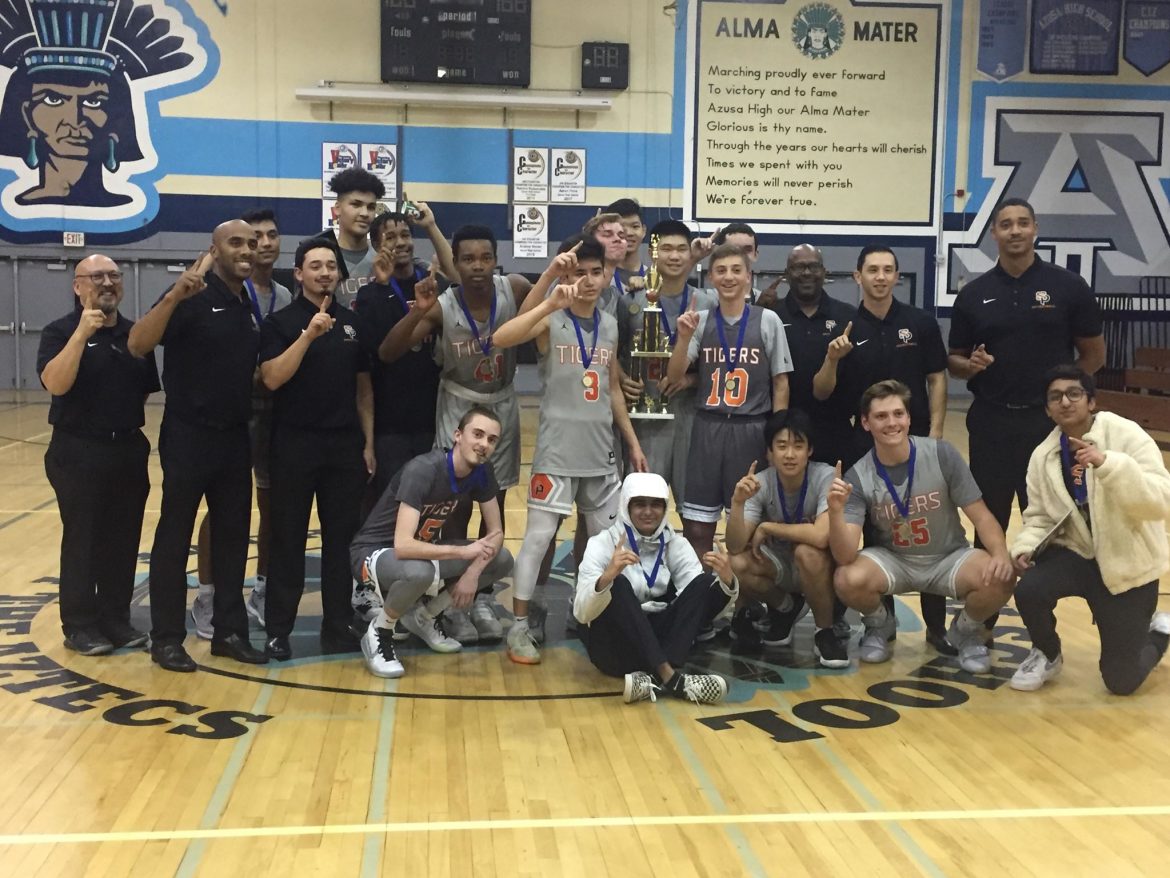 With the 79-71 title game victory, the Tigers start the season with a perfect 4-0 record.

The boys basketball team swept through the Azusa Basketball Tournament on the week of Dec. 4. Behind a strong starting lineup, the Tigers won all three games and earned the tournament championship.

Starting the week off on Monday, Dec. 2, the South Pas beat Arroyo with a winning score of 66-62. The next day, the Tigers trounced Bell Gardens, 62-31.

The Tigers played against El Monte in the championship game on Wednesday, Dec. 4, concluding in a 79-71 score.

“I’m very proud of us as a team and I believe this marks the beginning of a new era of basketball for SPHS. It makes me optimistic for the future of our program,” sophomore JJ Kim said.

The Tigers hope to continue their winning streak on Thursday, Dec. 5, when they compete against Duarte.