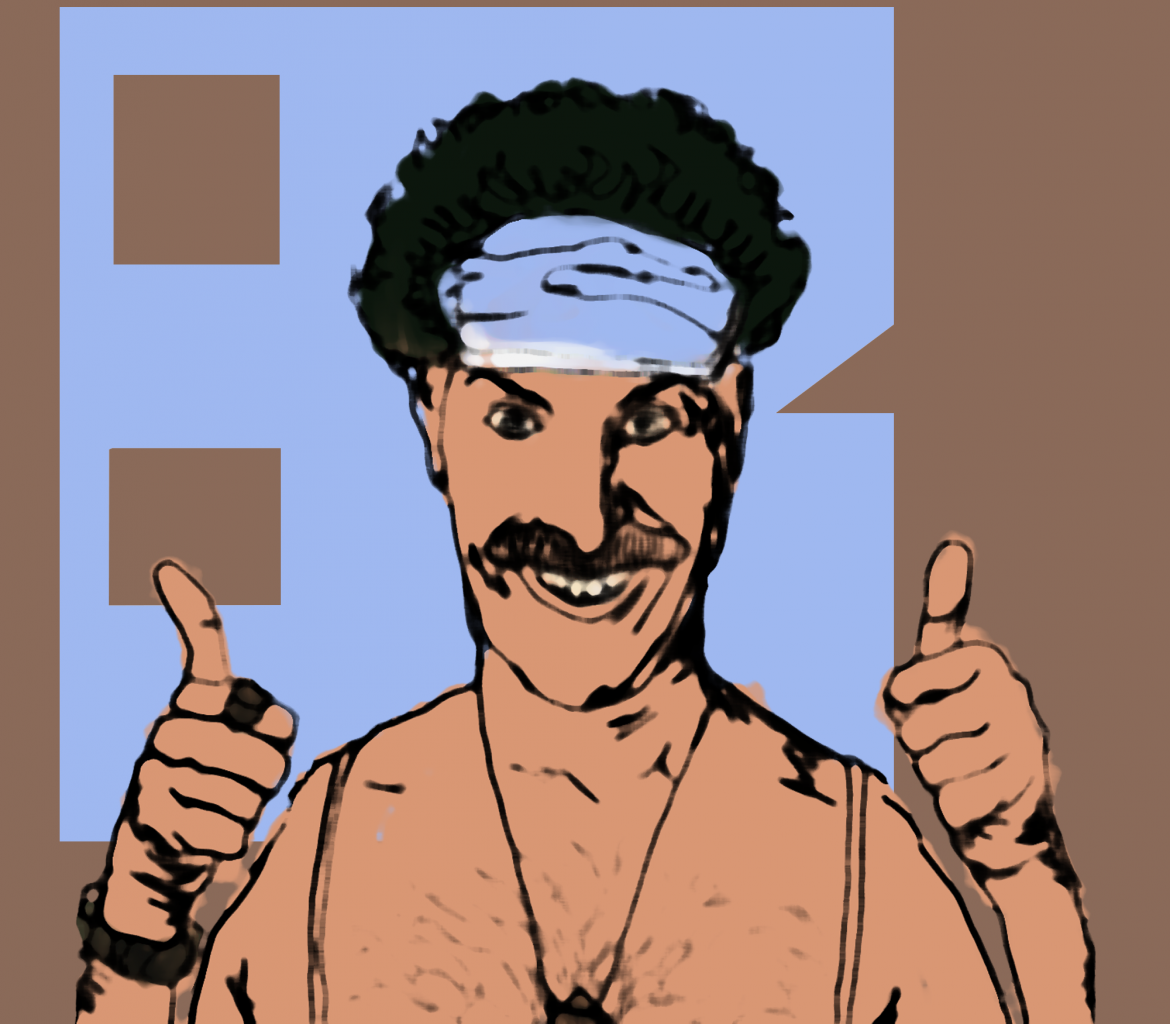 Can Borat Sagdiyev show us something we haven't already seen? It's not likely.

Borat is arguably the most influential film on today’s comedy landscape. Sacha Baron Cohen pioneered the surprisingly ubiquitous genre of comedy that has been foundational for some of the most mainstream hits of the last few years. This is to say that the bar was set high for the sequel: Borat Subsequent MovieFilm.

Borat 2 starts in a familiar Kazakhstan under distress, priming the plot for a second hero’s quest, (In this scenario, Sacha Baron Cohen as hapless Khazak journalist Borat is the hero.) Borat must again travel to America in search of a solution. Borat 2 makes it’s political intent apparent from the beginning, as Borat is this time tasked with giving a gift to a member of President Donald Trump’s “Inner-circle”

After a brief segment occurring in Kazakhstan, which incidentally features some of the funniest scripted bits in the movie, Borat is given an injection of Gypsy tears and sent off to America. Upon arriving in Texas, Borat realises that not only has his daughter accompanied him, but that he has become famous in America and must now dawn a disguise in many of his interviews. This was an aspect of the film that felt incredibly underutilized, as the addition of a costume in interviews (bar one notable exception) generally manifests as little more than Sacha Baron Cohen wearing additional cosmetics and a change in wardrobe.

The first act of the film offered some of the best bits, namely a Southern bakery scene, an expert exposition of the utter desensitization of many Southern Americans to extreme, casual racism, as well as the following bit featuring a Catholic-run women’s health clinic. Both were well set up and overall a skillful display of Baron Cohen’s comedic stylings. Though, the first act also foreshadowed many of the film’s larger shortcomings, which became far harder to ignore throughout it’s runtime.

Act one ends in a surprisingly flat flourish. Borat breaks into a speech given by Vice President Mike Pence at a Republican conference, which despite featuring the only creative usage of the costume gimmick, faltered. The set piece revolved around Borat loudly interrupting Pence’s Speech in an attempt to gift him his daughter calls to mind Eric Andre’s similar performance at the RNC, in which he got himself invited on stage by Alex Jones to give an interview. Despite pioneering this genre of gonzo journalism meets comedy, many more like the aforementioned Eric Andre have taken and innovated upon the original format of Borat, which this movie seems to have failed to take into account.

Despite Bakalova’s best attempts, the character’s writing revolves around the same joke told in an increasingly obnoxious number of ways: “Tutar doesn’t understand how America works.” While these jokes are foundational for the character of Borat, they miss the mark with his daughter. She not only lacks Borat’s charm, but is only really given one standout scene to play off of a real person, unlike the bread and butter of the film’s Borat segments.

The third act carried a similar false start feeling to the first. It begins, in true Borat fashion, with a wincingly uncomfortable scene in Midwestern synagogue. However, the sheer discomfort of this scene might be precisely why it felt like one of the only real actual steps forward made by Borat 2. The synagogue scene spins a gag almost overused in the original into a truly heartwarming moment. It felt like one of a few moments in the film in which Sacha Baron Cohen really utilized the full potential and unique versatility of the Borat character.

Unfortunately, the rest of the movie goes on to be plagued by the same issues that affected the first two acts. The almost 20 minute setup for the “March for our Rights” set piece consisted of Borat staying with two Q-Anon supporters, which was a surrogate to an RV misadventure in the first film. This scene illuminated the problem at the core of this film: the last 15 years have desensitized us to the shock of the first film. The sad truth of the matter is that seeing someone throw a Hitler salute or dance along to a song advocating for the genocide of a minority group was a lot more shocking in 2006 than it is today. After witnessing the horror of events like Charlottesville or Christchurch, America’s violently racist and xenophobic underbelly makes for a less shocking reveal, leaving the last third of the movie feeling less like a comedy and more like a sad reminder of the current state of American politics.

The last set piece featuring Rudy Guiliani was nearly tedious in contrast to the first movie’s grand finale. The images shared from the last scene without context are very misleading, as despite the general unsettling nature of Guiliani’s presence and appearance, he doesn’t appear to actually try and molest a fifteen year old girl, which is what the contextless footage of this scene might otherwise have you believe. Though, an apathetic response to Giuliani’s gross misconduct might just be another disturbing symptom of desensitization. Guiliani failed to shock because the four year barrage of similar behavior from a litany of high ranking government officials is a tough act to follow.

Borat 2 was conflicting, both as a film and as a documentation of an America in turmoil. The brilliance of the Borat character remained intact, and the film’s attempts to evolve and improve upon the original are admirable, but Borat 2 is still left feeling like a lesser version of the original. This is of course coupled with a heightened awareness of, and resulting desensitization to, America’s deranged political nightmare, resulting in a film that felt as if it had nothing to say that we didn’t already know.

Athletics has potential to be more than competition and pressure