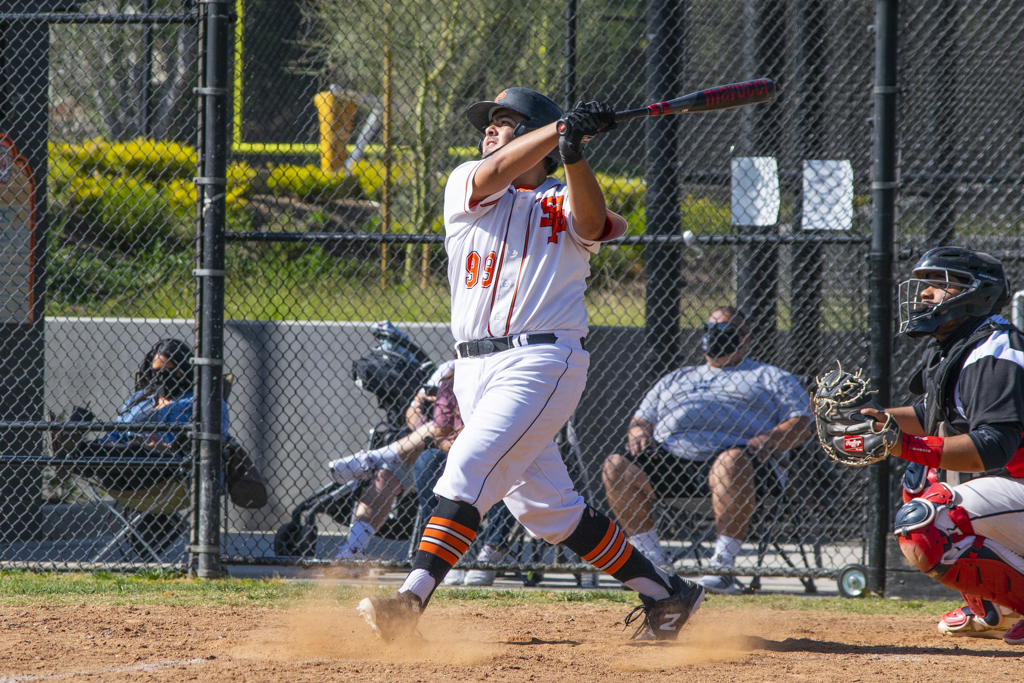 Baseball has evened out their season record now standing at 4-4.

Boys baseball swiftly defeated the Sierra Vista Dons, 5-0, on Tuesday, April 20, to climb to 4-4 on the season.

South Pas put in the work early, with three runs in the first inning and two more in the third, and relied on their defense the rest of the way. The Tigers trotted out six different pitchers, and the Dons couldn’t find success against any of them.

“We have a winning mindset going into every game, regardless of the team,” senior Nico Schroeder said. “We knew they weren’t great and just had to play good baseball.”

The home team came out swinging, getting on base. A couple of Sierra Vista errors proved costly, and South Pas snagged an early 3-0 lead. In a scoreless game, the Dons had some relative success early on: They connected multiple hits, but the Tigers’ fielding remained strong and cleaned up every ground ball.

South Pas seemed ready to build upon their lead at the bottom of the second, but Sierra Vista completed a quick double play just as junior outfielder DJ Pearson tried to squeeze into third.

Senior Dillon Hugasian stepped up to the pitcher’s mound to start the third and began with two straight strikeouts. At the bottom of the third, Hugasian hit a double and then advanced home on a sacrifice fly. Fellow senior Manny Chavez followed up with a single to send junior Jack Riffle to home plate for the Tigers’ final score of the afternoon.

Sierra Vista continued to struggle as the game went, unable to hit against South Pas’ revolving door of pitchers. Junior Alex Hodis finished the game at pitcher, and completed the Tiger shutout: 5-0.

“Since it wasn’t a league game, we wanted all our guys to get some work [done] and give guys who don’t usually pitch a chance to throw,” Schroeder said.

South Pas will travel to La Cañada on Friday, April 23, for its first matchup with the Spartans of the season.