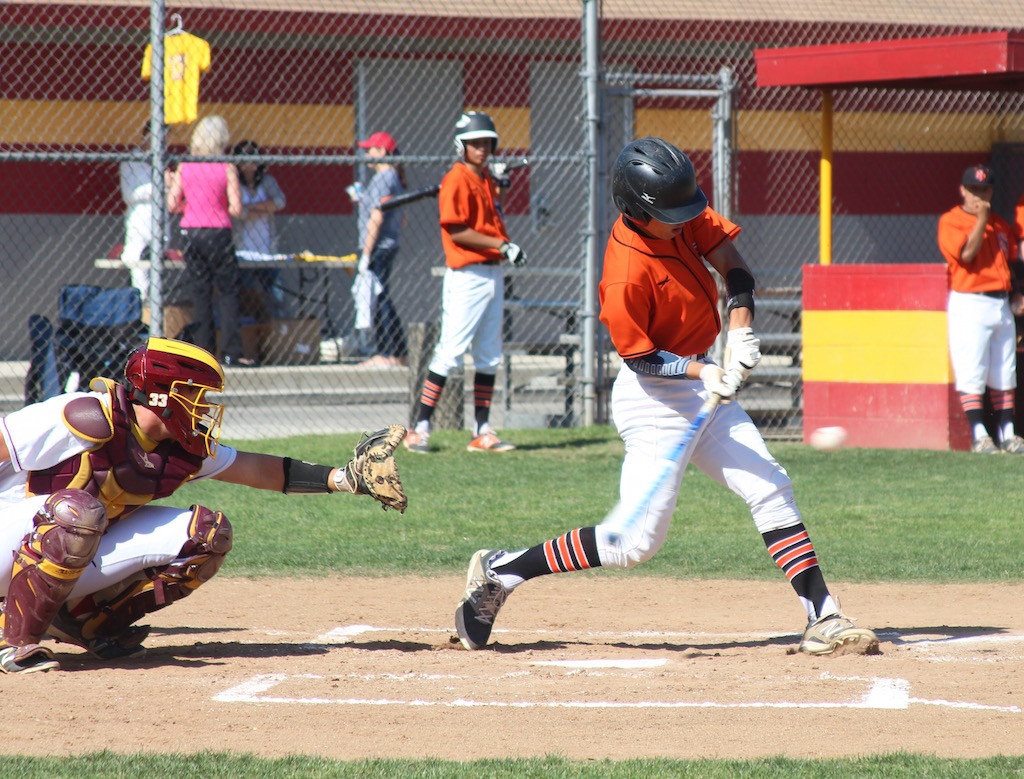 The varsity baseball team displayed one of its worst performances of the season on Friday, April 1, falling to the La Cañada Spartans on the road by a score of 8-0.

The Spartans kicked off the scoring in the first inning. Their leadoff hitter doubled to start the game, and later came around to score on a passed ball. However, senior Brandon Louie was able to keep them in check for the next few innings with solid pitching.

Meanwhile, South Pasadena’s offense failed to produce anything whatsoever. The Spartan pitcher constantly got the better of the Tiger hitters, forcing several fly-outs and not allowing a single hit throughout the entire game.

The game was still close heading into the fifth inning, with the Spartans holding a slim 1-0 lead. But unfortunately for the Tigers, Louie began to show signs of fatigue on the mound, and La Cañada took advantage of this. The Spartans exploded for seven runs in the fifth, racking up base hit after base hit. Louie gave up four of the seven before being replaced by junior Jacob Luevano, who have up three runs of his own.

By the time the fifth inning finally came to a close, the game was practically over. The Tigers, now losing by eight, yet again failed to produce any offense, and the game soon ended with a score of 8-0.

With the loss, South Pasadena’s league record now stands at 0-4. The winless Tigers have scored only five runs across four league games, and the team has conceded 29. Unless they find a way to increase offensive production, the boys will struggle mightily to qualify for CIF playoffs.