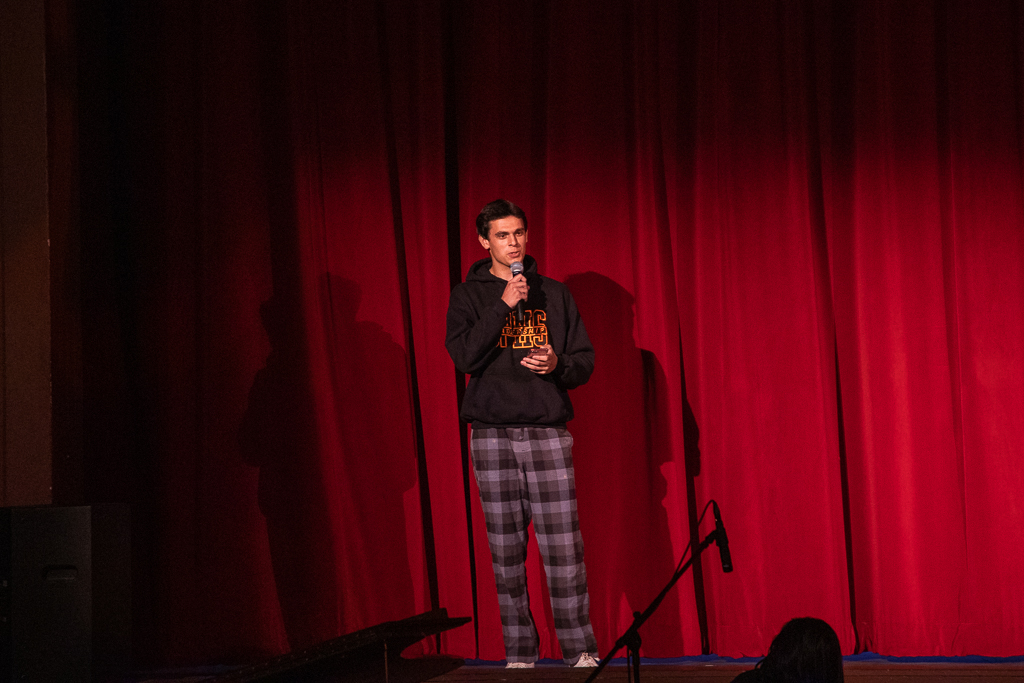 ASB announced that this year's Winter Formal will be held on January 29 from 7 to 11 p.m. at the Wallis Annenberg building at the California Science Center.

SPHS marked the last day of school before finals with the annual Winter Assembly on Friday, Dec. 17. The live streamed event included video skits revealing the location of Winter Formal, as well as a reminder to students to prepare for finals.

Due to coronavirus health and safety guidelines, only a limited number of students watched the assembly indoors, while the rest of the school followed along via YouTube from their fourth period classrooms.

Jazz Band opened the assembly with two Christmas songs, followed by roll call led by Commissioner of Assemblies senior Andrew Kowal. He also conducted two class competitions, a cookie-eating competition won by the juniors, as well as a present-throwing competition where the seniors claimed victory.

Kowal then announced the three group winners of the Winter Formal video contest, who received discounted or free tickets depending on their ending places. In two of the skits, friends agonized over planning the perfect way to ask their best friend to the dance. Meanwhile, the second place winners broke the mold by staging an elaborate skit complete with quests, a dragon, and a swordfight.

At the end of the assembly, Kowal revealed that the long-awaited Winter Formal venue would be at the Wallis Annenberg Building at the California Science Center, before passing the microphone to Principal Eldred, who once again reminded the students to sleep and study before final exams next week.

“I think that under the circumstances we were put into it went pretty well,” Kowal said. “We were only told that it was going to be live-streamed on Monday so it was really stressful to adjust so quickly, but luckily Mr. Shotwell and my committee for the assembly did a really good job of adapting. We definitely had a few tech issues but that’s nearly inevitable with an online assembly so I think that it was pretty close to as good as it could have been.”