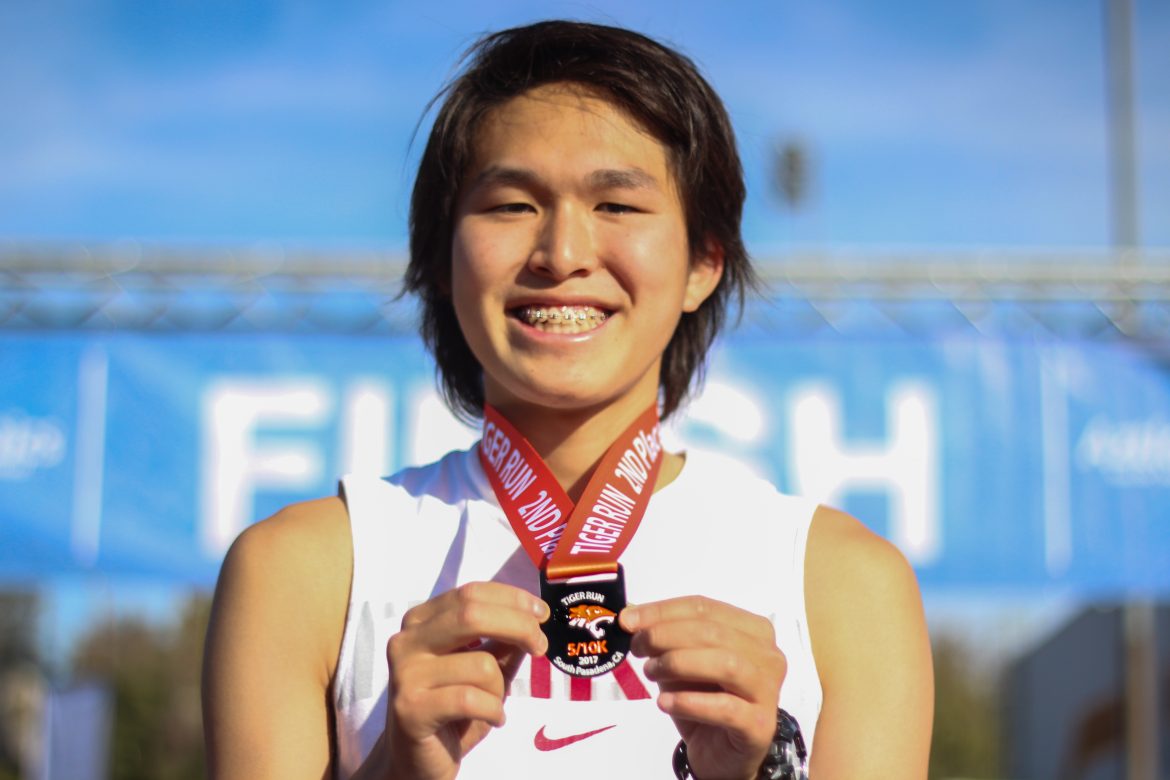 High school runner Jay Ebata receives an award for coming in 2nd place amongst his age group in the South Pasadena Tiger Run.

The sound of an air horn ripped through the morning air on Saturday, December 2, marking the start of the annual Tiger Run. The two-hour race, which started at 8:00 a.m., drew runners of all ages from South Pasadena and other neighboring cities. 100% of the proceeds from the event went towards the SPHS Tiger Booster Club. 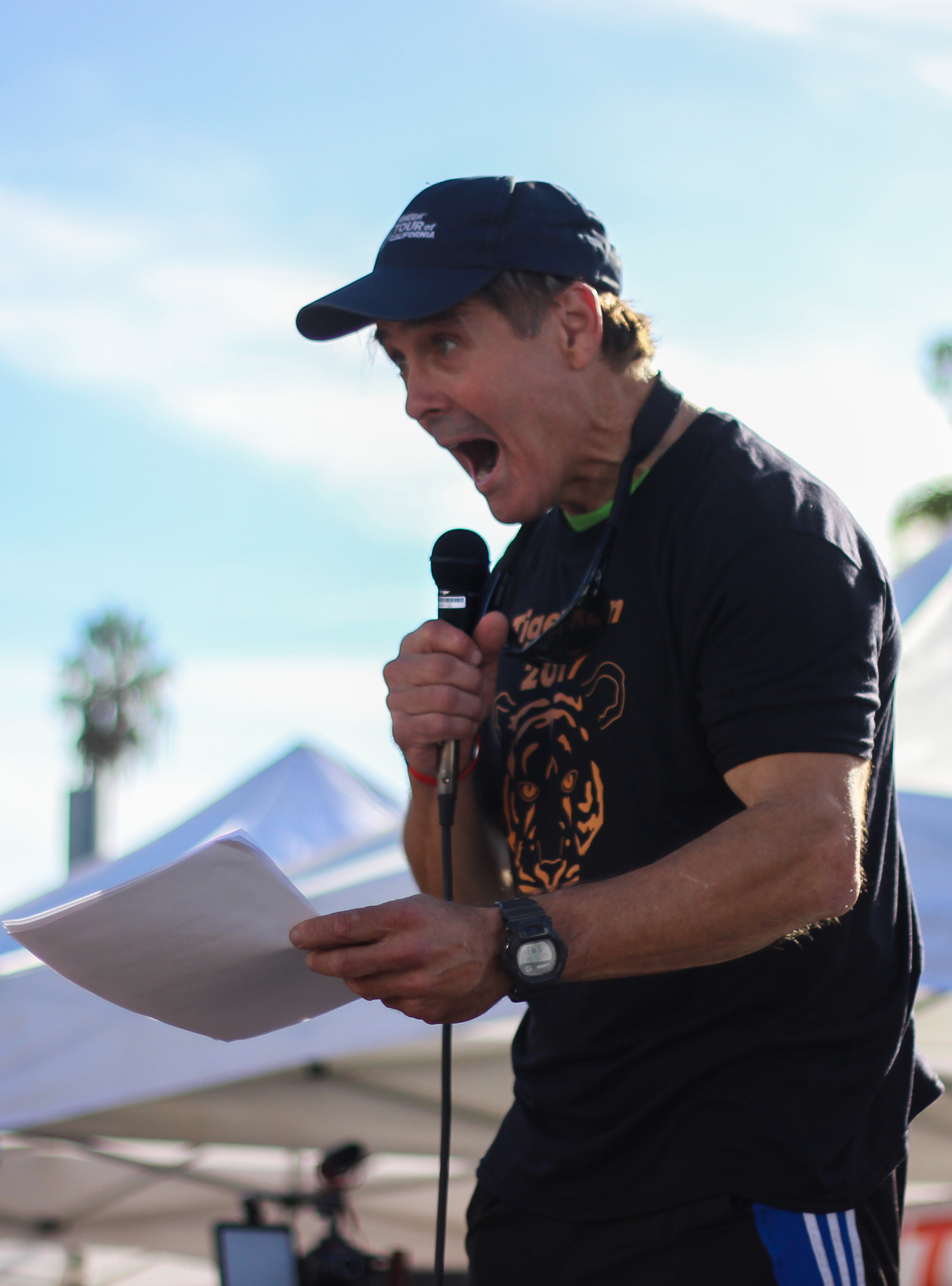 Mayor Cacciotti announces the winners for each age category.

Runners of all ages were welcome to compete in the 5k and 10k races. The 5k route went through downtown South Pasadena, mainly staying on Monterey and Oak Street. 10k runners followed the same course but added on a run through the Monterey Hills. Both courses finished on the high school track. 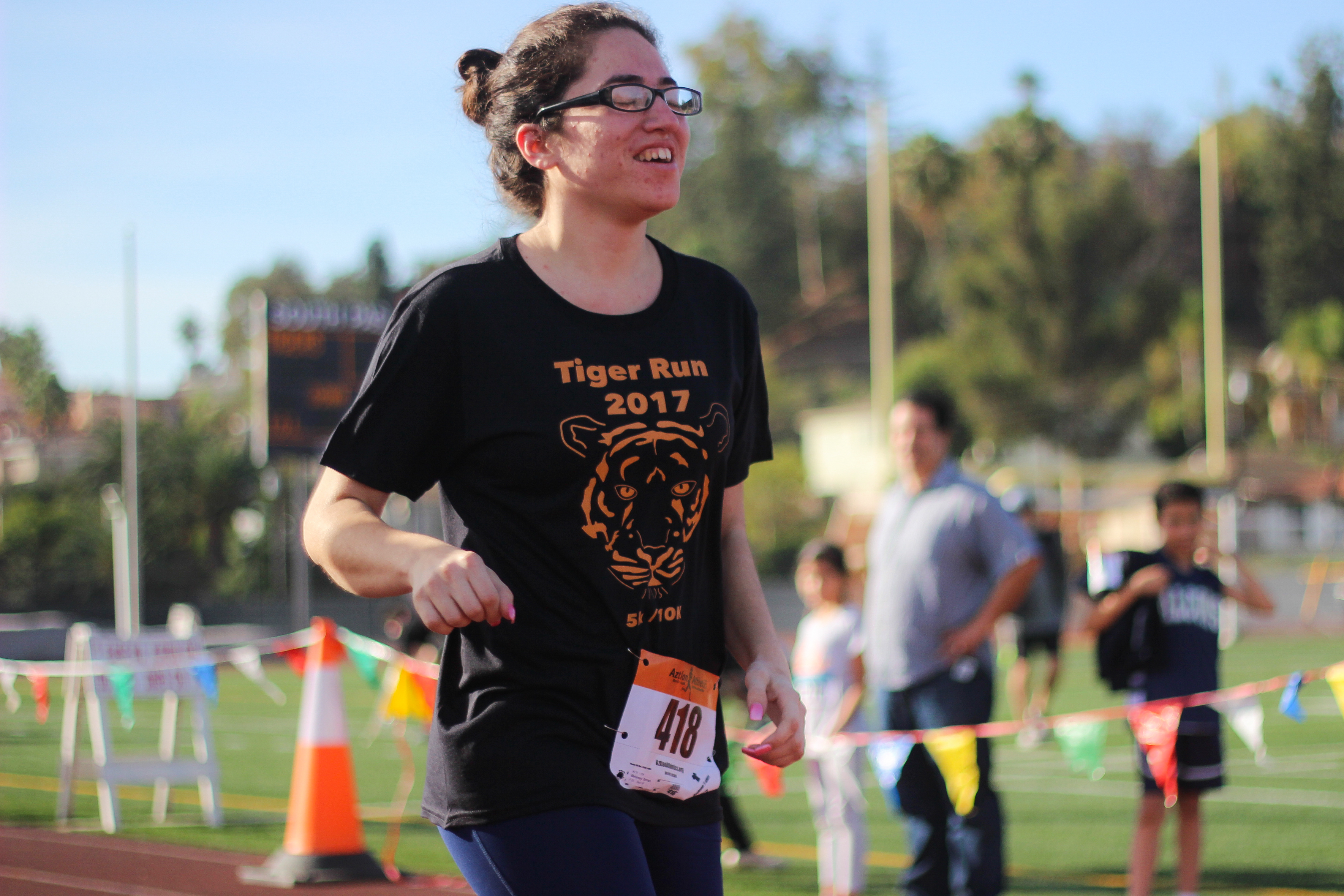 Kids under the age of 10 could choose to participate in the Tiger Cub Run, a 300-meter sprint around the track. Students from SPHS ASB and SkillsUSA club helped set up the event, as well as facilitate the day’s affairs.

“I believe the race is a great a way for the community to get to know each other with participants ranging from the elderly to students,” student volunteer Jaden Mullin said. “I also think it’s for a good cause because all proceeds go back to the booster club, which benefits all of us at SPHS.”