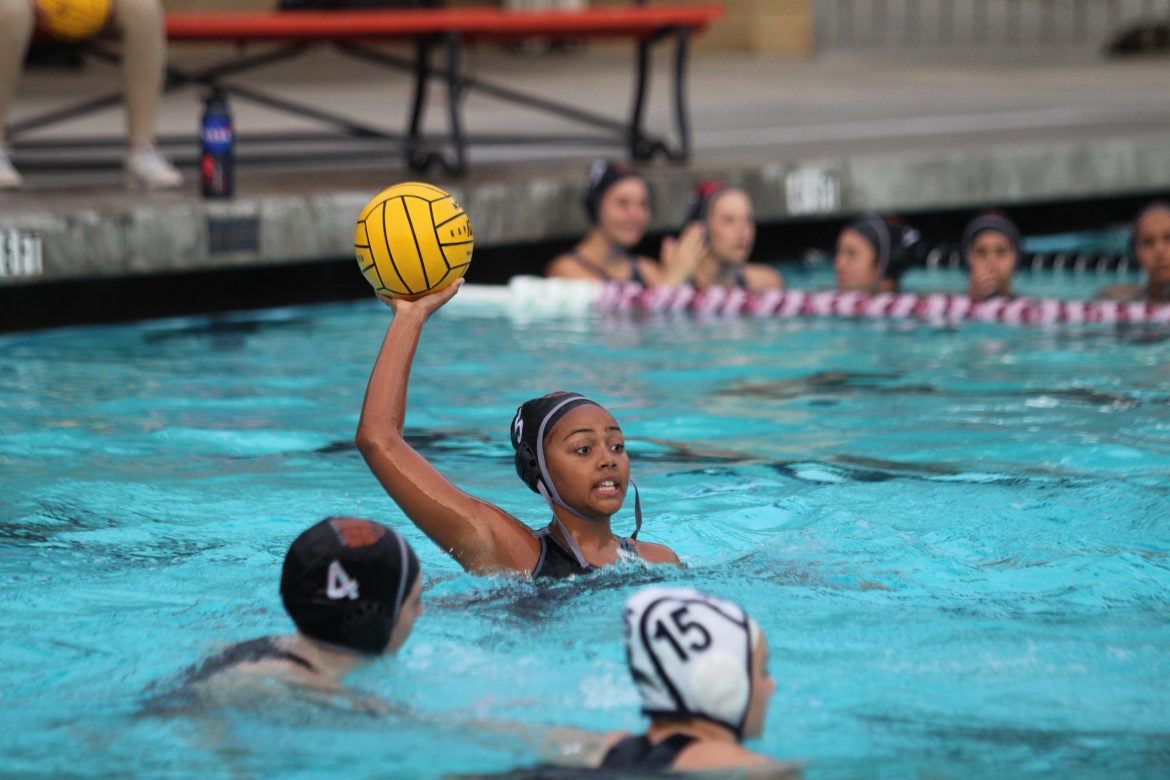 As a multi-sport athlete, winning isn’t in Kanaly’s best interest. Instead she prefers cultivating a welcoming environment for her team.

Senior athlete Amanda Kanaly ventured into many different sports before she discovered her niche. Her first experience playing a sport was with basketball at 4 years old, which was subsequently followed by softball a year later. By elementary school, Kanaly had a daily routine of these two sports in addition to track and field.

Then in the summer of sixth grade, Kanaly discovered water polo through a mutual softball friend who recommended it at the South Pasadena Water Polo Club.

“At first, I was amazingly slow and I could barely hold a ball above my head,” Kanaly said. “I had done swimming before I started water polo so it wasn’t completely foreign to me, but it took some getting used to.”

It was here that Kanaly was molded into the player she is today. In a sport known for shows of unsportsmanship, her coach emphasized playing smart, with honor and integrity rather than resorting to more unsavory tactics. Her commitment to water polo grew over the years, to the point where she made daily trips to Downey for club practices after school.

“It was pretty rough and draining, plus it was hard to balance school with those time consuming trips. But it worked out and it was definitely worth it because I love that team and the coach is great,”  Kanaly said.

A very knowledgeable player, Kanaly’s peers and mentors soon became aware of her natural affinity to the water. Her ability to compartmentalize was particularly noted; with an incredible focus on the grand scheme, Kanaly was always level headed, even in the midst of a turbulent play.

She is also an effective team player, using versatile approaches in reciprocating her teammates’ skills with her own movements, to create a fluid environment of passes and shots.

Consequently, Kanaly earned a roster spot on the varsity water polo team as a freshman. This immediately added enormous expectations for her to perform well with the group of veteran upperclassmen.

“It was so nerve-wracking, and I was nervous as hell before every single practice and every single game,” she said. “The environment surrounding my team was also very hostile and unwelcoming because of the cliques that divided our team. The team didn’t really feel like a team.”

Time soothed her nerves as Kanaly gained more experience. She had been able to build stronger relationships with her coaches at the onset of sophomore year, and much of the old burden left her shoulders when the seniors of her first year graduated. This finally gave her a proper space to cultivate her skills and reshape her priorities and mindset for the rest of high school.

“I didn’t care if we won or lost. I mean that so seriously. It was literally only about how we played and if we had enjoyed doing it,” Kanaly said. “[Naturally], over the course of the years our team grew closer because of that. It was such a relief honestly after that because we were all supportive of each other and we motivated each other which made the whole experience much more fun and enjoyable.”

Instead, each game was all about putting her best foot forward and fully exhibiting her prowess for each game. The rest of the team adopted that attitude, and as Kanaly became a burgeoning leader, she made it her prerogative to emphasize inclusivity over division among her team.

“We made it a group effort to not [have the environment] be like the previous years,” Kanaly said. “There was a girl who was in the same situation as I was, being the only freshman on varsity. She was having a difficult time, which I completely understood. So we were as welcoming as possible because we knew what she was going through.”

Having a stronger team significantly improved the team’s energy. And although they were not able to replicate the material successes of previous years, the team found genuine joy with their time spent in the pool.

“We had always lost to Temple City by just a little bit. But during one tournament, we beat them,” Kanaly recalled from one memorable game. “It was really rewarding because we beat them without looking at the score. As a team we were really cohesive and it was one of the best games we ever played together.”

Kanaly’s junior year performance was one of her best. Over the course of the winter season, she managed to nab 19 goals for the team. Despite her senior year sports hanging in uncertainty, Kanaly has reflected upon all the valuable lessons she has learned throughout the course of her athletic career.

“I’ve learned to savor the experience rather than the outcome more, the journey rather than the distance,” Kanaly said. “It also taught me hard work for the years to come.”