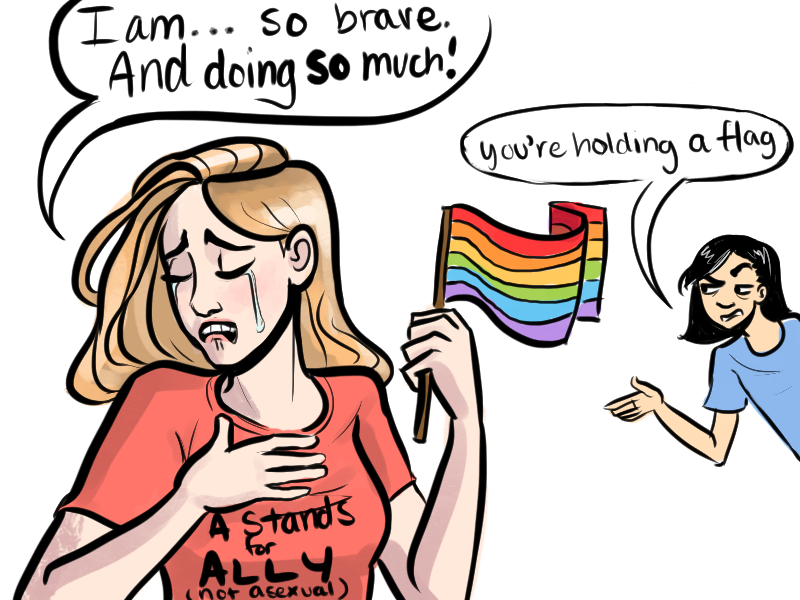 On June 26, the Supreme Court announced its decision to legalize gay marriage in all 50 states, to the delight of the LGBTQA community. Online communities and websites instantly flocked to support in the form of rainbow hearts on Twitter, rainbow stick figures on Google, and perhaps most prominently, rainbow-striped profile pictures on Facebook. Though this burst of support for gay rights was certainly heartwarming, it quickly became more of a fad than a message of support.

This lazy breed of support is called slacktivism, in which people do little to support a cause but come away feeling good for contributing.

In 2012,  the organization Invisible Children started a viral movement to stop Joseph Kony, the leader of a Ugandan guerrilla group, with a video that garnered millions of views. The hashtag #StopKony trended and subsequently, Invisible Children received almost 32 million dollars, intended to help stop Kony from forcing children to become soldiers. How was any of this slacktivism? This 32 million dollars instead went to funding the sequel video: Kony 2012: Part II — Beyond Famous, proving the organization’s slacktivist foundation.

Slacktivism is fairly harmless and usually positive, as it raises awareness and demonstrates solidarity. The ALS ice bucket challenge cleverly used slacktivism to its advantage. Though some completed the challenge without donating money, a staggering $115 million was raised for research. However, signing internet petitions will not get the Confederate Flag banned, and the mindset that it will inhibits actual change.

If you’re not active in your support of whatever it is you’re posting on Instagram or Twitter, you are a slacktivist. If your profile picture is rainbow-striped but you’ve never said one word in defense or support of gay rights, then you’re not making a change. People tend to jump on the bandwagon and use a cause to gain popularity and look like a hero, not because they actually believe in it.

The ALS ice bucket challenge probably could’ve raised at least 50 million more if everyone who participated actually donated. Shelters could stop euthanizing animals if individuals volunteered or donated rather than signing petitions. Actions speak louder than tweets or rainbow profile pictures. Don’t pat yourself on the back for jumping on the bandwagon.