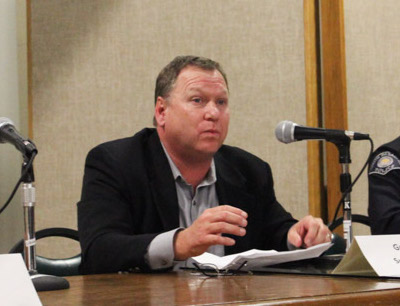 Story and Photo by Tiger Staff

The American Civil Liberties Union (ACLU) filed a complaint against SPUSD on Monday, Oct. 28, in response to accusations from parents that the district has been charging unlawful school fees. Parents and community members sent their concerns to ACLU, which cited their complaints in its letter as an instance when “a student and parent” had been charged for required educational materials and school activities, a violation of California’s education code.

The ACLU letter, addressed to Superintendent Dr. Geoff Yantz, expressed concerns about the parent complaints regarding school fees for required classroom and extracurricular materials. The complaint is centered on the district’s Uniform Complaint Process (UCP), which the ACLU says does not provide sufficient information on what fees the district will charge families for.

In their complaint, the ACLU said that the district is in violation of California’s education code, which states that school districts may not, “establish a two-tier educational system by requiring a minimal education standard and also offering a second, higher educational standard that pupils may only obtain through payment of a fee or purchase of additional supplies that the school district or school does not provide.”

“Our understanding of the facts is that a student and parent were subjected to fees for participation in school activities,” Director of Education Advocacy and Legal Counsel of ACLU Sylvia Torres-Guillen wrote. “The current annual UCP notice for South Pasadena fails to inform students that the district may not charge for the materials or equipment required in class or extracurricular activities.”

Yantz denied the ACLU’s allegations that South Pasadena is in violation of California law in his response on Thursday, Oct. 30.

“To be sure, in the District’s UCP Notice, it states… ‘A pupil enrolled in a school in our district shall not be required to pay a pupil fee for participation in an educational activity,’” Yantz wrote. “The District is not aware of any student or parent or guardian of the District that was charged a pupil fee in order to participate in school activities.”

An SPHS student-activist group, People for an Ethical Local Economy (PELE), was created in July 2019 to advocate for the elimination of the fees that lead to a two-tier educational system. PELE has asserted that SPHS students are being unlawfully charged for a range of materials and activities required for participation in various sports.

This is a developing story. Follow this page for updates as more information becomes available.