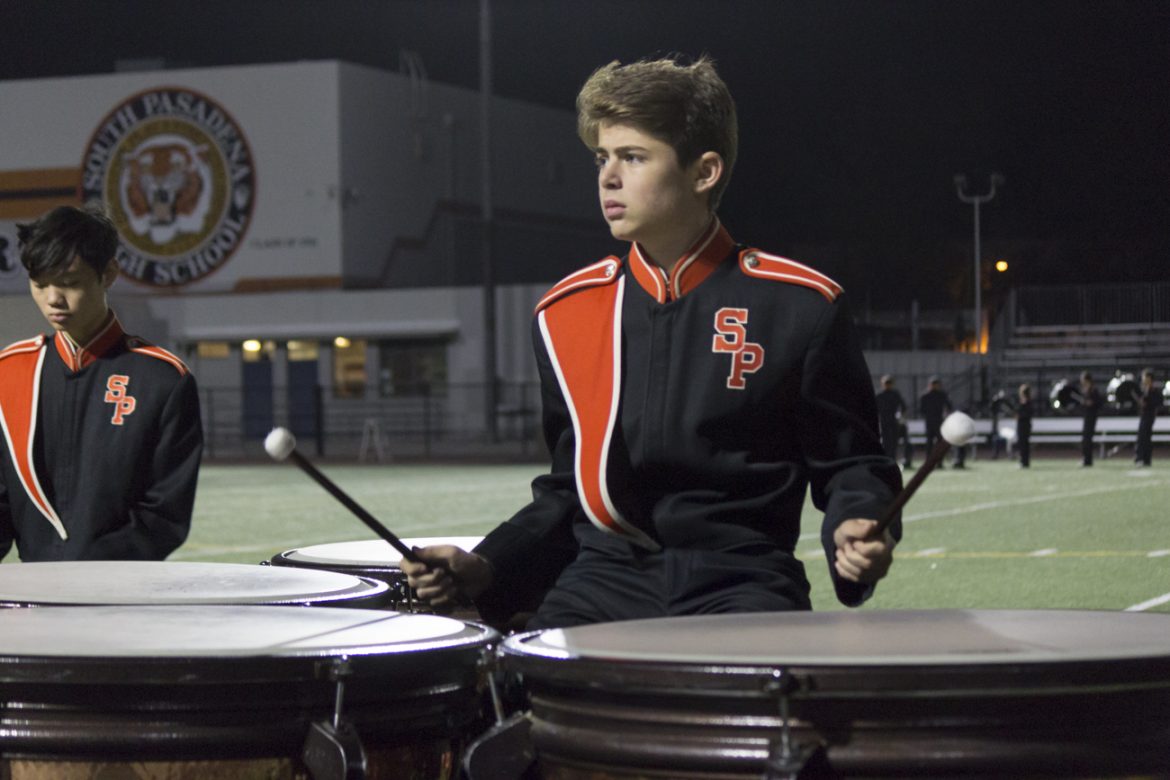 The SPHS band’s’ 2018 marching season came to an abrupt halt with the cancellation of the 2018 Western Band Association (WBA) Grand Championships. The band was scheduled to perform in the competition in Bakersfield, Sunday, Nov. 18, however, the WBA made the decision to indefinitely postpone the championships after the air was deemed too dangerous due to smoke from the recent California Camp Fires.

The band learned the news of WBA’s decision roughly five hours after arriving at their hotel at 1 a.m. after traveling from South Pas the previous night.

“I woke up and I found out and I haven’t stopped crying since,” drum major senior Mia Alva said. “We’ve always had this motto since I was a freshman: ‘One more time.’ We would always have one more time [to perform]. And the last time passed before my eyes.”

Just days before, on Wednesday, Nov. 14, the band hosted Friends and Family Night, displaying this year’s show for the last time at home on the Roosevelt Field.

The band performed “Nexus,” a mashup of Sia’s “Chandelier” and Pyotr Ilyich Tchaikovsky’s “Swan Lake.” They also gave the audience a glimpse of their two hour warm up routines; the color guard and marching band went through intensive stretches and the drumline practiced percussion patterns. After the show, band officers delivered brief speeches, expressing their gratitude toward instructor Howard Crawford, parent chaperones, and numerous others for their support throughout the year. Senior band members were also acknowledged and each gifted with a rose.

“[Tonight] was our best run yet,” Alva said. “Seeing the band before my eyes and seeing what we did to get to this point, I was tearing up at the end.”